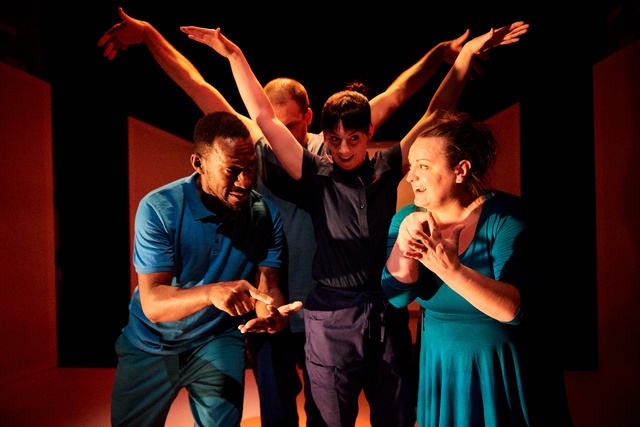 It's been a tough year for everyone working in the arts and some will have had times they've wondered why they got into it in the first place. In the Mobius (virtual) office, Senior Account Manager Emma Berge is a ray of positivity in challenging times. Here she sets out five reasons why she loves her job.

There’s an old trope about theatre PRs: we must all in some way be failed artists. I would imagine it’s not just PRs that hear it. If you’re not directly involved in creating the art, you must have some point failed and taken a sidestep into a different arts or arts-related career.

Whilst it’s true that many have tried the performative or devising side, for a lot of these arts industry figures it was less ‘tried and failed’ and more ‘tried, it wasn’t for me’. And of course this includes PR. So we thought we’d take a look at some of the reasons why someone might actively want to pursue a career in arts PR rather than side-stepping into it:

It’s incredibly fast moving and varied
Forget a three-week rehearsal period followed by a three-week run on one play, in those six weeks a PR might have worked across tens of different projects with the full range of writers, directors and actors attached to those projects. Forget the months of writing, drafting and redrafting a play, press releases are written to tight deadlines, and the accompanying pitches are a daily effort of careful crafting.

It’s a different kind of storytelling
A good PR campaign is all about the narrative. How you present the people involved, what the angles are on the project, what the journey was in creating it – all these needs to be thought about, the most exciting parts teased out, and expressed in press releases and pitches in the most succinct and enticing way. As a playwright may try to grab an audience, so a PR has to write to grab their audience: the journalist.

It’s for problem solvers
Each project has its own set of challenges, like a jigsaw with too many pieces. Identifying all the right pieces and putting them together in the right way, and then putting it in front of someone who will appreciate the finished picture, is immensely satisfying.

It’s for winners!
Much as we might try to hide it, PRs like to win. Big feature landed? Win! A great review because you just knew that particular critic would like the show? Double win! It’s not competitive (well, sort of) because a win for you is a win for everyone else on the project as well. It’s getting to the solution of that knotty puzzle and getting a great big five star prize at the end.

You learn so much about the world and society
For each project you take on, you learn something new. Often the stories are untold or little known. You might one day be learning about the history of D/deaf oppression (Ad Infinitum’s Extraordinary Wall of Silence), the next day about solitary confinement in American prisons (Solitary by Dutch Kills Theater), the next that some Finnish people leave food offerings for elves that live in their saunas (The Sauna, part of the From Start to Finnish programme at Edinburgh Festival Fringe). It’s great for learning about the world, and it can also come in handy for pub quizzes!