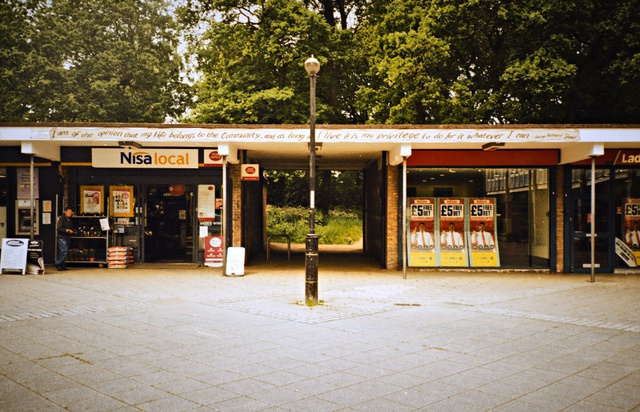 Working on a magazine about the history of 2 Tone music for Coventry City of Culture recently, I stumbled across the city’s Shop Front Theatre. Situated on a corner of the central arcade, amid an otherwise typical array of high street shops, it’s a small space that represents a revolutionary idea.

It has long been the case that, for all the theatre industry’s often strenuous efforts to increase accessibility to the artform, the buildings themselves remain the biggest hurdle. As Lyn Gardner wrote in 2013, “Where a show happens is as crucial as what it's about… Playing in unexpected places and spaces is important for all kinds of theatre.” The Shop Front Theatre has been putting this into practice for over a decade.

Chris O’Connell and Julia Negus, artistic director and producer of touring company Theatre Absolute, were inspired to set it up by a visit to Chicago. O’Connell’s play Zero was produced there in 2009, and to his surprise it was staged in a disused shop, one of a number of ‘storefront’ spaces in the city.

“These people were properly embedding themselves in a community,” O’Connell tells me. “They were really exploring and changing the social and economic relationship with their audience. It was a revelation.”

Realising it was a model they could replicate, O’Connell and Negus set about finding a suitable location in their hometown of Coventry. They soon came across a former fish and chip shop in the city’s historic arcade, and negotiated an 18-month rent-free trial with the council.

“People were immediately curious,” says O’Connell. “We were offering a real alternative to the mainstream at the Belgrade Theatre ten minutes down the road. It was amazingly successful.”

Despite starting as a home for Theatre Absolute productions, the space soon became, in O’Connell’s words, “a conduit for many different people.” Visiting companies were asked to keep sets and lighting to a minimum; this was not a space for naturalistic productions of Chekhov. And large numbers of community projects soon found a natural home there too. All told it has formed a key part of Coventry’s cultural renaissance in recent years.

Their tenure was swiftly extended and the shop location has proved enduringly popular with audiences, encouraging a certain serendipity that is rare in traditional spaces. “People walk past and see a poster in the window, then they pop in a start a conversation and maybe come back and see some work,” O’Connell says proudly. “We’re a shop trading experiences.”

For their latest experience, O’Connell and Negus wanted to continue in the vein of their recent project Are We Where We Are, which saw 15 new works commissioned over an 18-month period from a central provocation.They have conceived an epic three-year season inspired by the words of writers including Ben Okri, Francois Matarasso and Benjamin Zephaniah:“What are you prepared to give up for a more equal society?” (Benjamin Zephaniah)

Its title, Humanistan, was conjured to reflect the idea of collective experience. With debates raging over fundamental issues from climate change to democracy, O’Connell says he is eager to do something constructive. “This word Humanistan is to urge people to contemplate the stories we tell ourselves, and the things we can do together that are positive and communal.”

Artists working in a range of disciplines are being invited to take part. One of the first is Amahra Spence, who has worked with performance, text, digital media and installation. The ideas behind Humanistan resonated with her, she tells me, “because it’s not lecturing saying art is the answer. It’s saying art can help us to interrogate these issues and reimagine what it means to be human.”

Spence says that she appreciates Theatre Absolute’s “super light touch” approach to collaboration, enabling her an unusual level of creative freedom that is “really empowering”. She’s still developing her show, but thinks it will be a theatre piece that “plays with the idea of absurdity in the every day”. She cites the recent crisis around the prorogation of parliament as an example of this, and says she is fascinated by the idea of anarchy in the age of social media.

Spence’s piece is scheduled for November. After this O’Connell and Negus are planning a collaboration with three local breakers (break dancers), a new one-on-one performance from the acclaimed Sharron Devine, and a project O’Connell himself will write to coincide with Coventry’s tenure as City of Culture in 2021. Many more artists are still to be announced - but as O’Connell points out, the nature of a three-year season means he is yet to meet some of them.

Spence, who is based in Birmingham, agrees that whereas traditional theatres can feel like exclusive spaces, Shop Front Theatre has a refreshing feeling of “openness”. And she adds that it’s making a valuable contribution to discussions about the future of the high street, not just in Coventry but elsewhere. “Theatre could become something that occupies those many empty spaces,” she says.

It’s an intriguing idea; a whole range of shop theatres springing up across the country. But does O’Connell think it will happen? “I’d love it if other people set them up. I’m surprised more people haven’t done it, and if someone else wanted to do it we’d completely support them,” he says.

Theo Bosanquet is a freelance writer and editor who has written for publications including TIME, The Stage, Time Out, the Guardian and WhatsOnStage. He also works with arts organisations on content marketing @TheoBosanquet