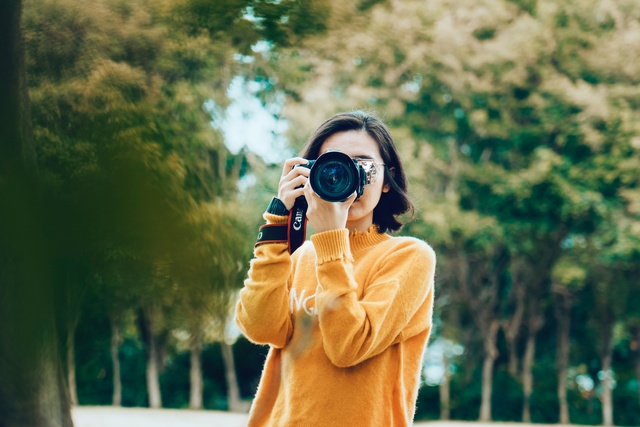 Photo by Marco Xu on Unsplash

A picture tells a thousand words, especially in a visual medium such as theatre, and you can help your press campaign along by supplying your PR (and social media manager) great images throughout the process. Here’s a few examples of images that are either imperative, or at least desirable, for a strong press campaign.

Promotional image – the art of a good promo image is to give a flavour of the show and highlight the best or unique selling points. Do you have someone well known in your cast? Get them prominent in the picture. Is it a dark a creepy thriller? Give us a dark and creepy image with visual undertones of Luther or Seven. The nice thing about a promo image is it can be heavily edited, it can layer lots of images on top of each other or have highly processed colour. It doesn’t have to be real life. If it is, it doesn't even necessarily need to be the real cast if you haven't cast yet. That said, photographic promotional shots do fare better than illustrations. You can also look into buying the right to use stock images from an image library, or directly from a photographer you like – though be aware of what your budget is. Also please provide versions of it with and without text, in landscape, portrait and square if possible.

Headshots – please gather a file of headshots for your whole cast, and the director and writer if they are available for press interviews. You will need to seek these from either the team members directly or their agents, don’t just find something on the internet as you don’t know if it’s current or and you might not have rights to use certain images. These will be kept on file by your PR to sent out to any outlet running an interview.

Rehearsal shots – some press outlets will run a gallery of rehearsal shots, and some like to have them for previews and interviews to give more of a flavour of the work. It’s a good way to remind people the show is coming up after the pre-rehearsal news announcement. Colour preferably, though black and white do still run in some cases. We want to see dynamic shots of people doing things, maybe one or two of the company laughing together, the director and any other creatives in the room at the desk, and of course the acting. Scripts in hand is fine, costumes are not required, but do warn your cast first so they can be camera ready with a little make up or whatever they need to feel their best.

Production shots – please take your production shots during the dress rehearsal, with a view to them being available well before press night. It’s no good receiving them after press night as we all want journalists to turn reviews around quickly. A good production shot is not too dark, and has at least two characters interacting in a dynamic way, be that someone grabbing someone, a dance, a fight, a kiss (socially distanced obvs). You might need to hold 30mins at the start or end of dress to re-run or set up a couple of sequences for your photographer to shoot to get these, especially if it's a large cast - the more people there are, the more chance that someone is blinking, pulling a strange face or blocking another member of the cast at the time the photo is taken. Your photographer may ask you to pause the action so they can get the shot with none of these happening. These are the images that will run alongside your reviews, so make sure you get them taken by a professional with the right equipment – theatres are dark places and need special lenses.

Press night party – Some outlets will run press night pictures, the glamour of theatre, the frocks, big smiles on beautiful faces etc. Do get a picture of the cast and creative team together, faces towards the camera and big smiles. Get pictures of any VIPs in the audience having a glass of fizz too – but always ask first – and make sure you have a mental or physical note of who everyone is for labelling the images later. These images are good for certain press outlets and absolute dynamite on social media, make sure your photographer can provide them overnight to share the next day. Tag people on Instagram and Twitter, get a buzz going around them.

As a final note please do make sure you credit your photographers in the image titles and any emails, and where possible consider crediting the designers in your production images.  You could also consider using meta tagging to list all the searchable terms your images might want to pop up for when they join the databases on the picture desks.