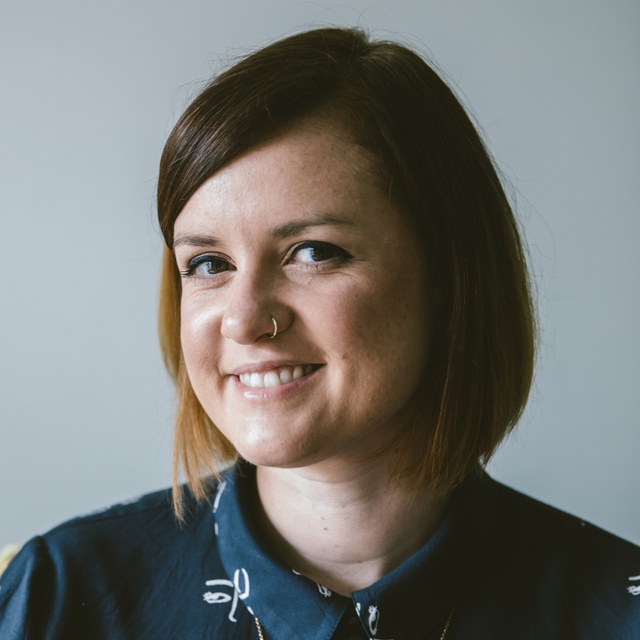 Our second piece is from Amber Massie-Blomfield, who worked with Mobius a decade ago. Amber is a non-fiction writer and the executive director of Complicité.

Her first book, Twenty Theatres to See Before You Die, was published by Penned in the Margins in May 2018, and received the Society of Authors' Michael Meyer Award. She is a regular contributor and columnist for The Stage, and has written for titles including The Independent, The Guardian, The Pool, Standart, Exeunt, Brixton Review of Books, New Internationalist, Open Democracy, Run Riot, The Journal of Wild Culture and many more. She regularly appears in the media and at events, usually talking about the power of the arts. She is winner of Gladstone Library's political writer-in-residence prize 2019 and shortlisted for the 2019 Theatre Book Prize (cruelly pipped to the post by Sir Anthony Sher). In January & February 2020, she was writer-in-residence at Arthouse Jersey.

There was a period of about five years – 2008 to 2012, to be precise – when going to the Edinburgh Fringe every summer was by far the most interesting and important thing in my life. For most of that time, I was working for Mobius – my first job out of drama school – and as July drew to a close each year we’d pack up our office and tumble on to the train heading North from St Pancras, sweating in our anoraks under the weight of our luggage, some poor mug carrying the printer.

We had a small but meaningful role to play at the festival. We were publicists for an array of shows that, in their diversity, captured the glorious chaos of the fringe programme: stand-up comics, spoken word artists, ex-Blue Peter presenters, Korean dance troupes, German mime artists, pianists and puppeteers. Life in August was a breathless rush, hurrying from photo calls to TV studios to performances, trying to keep up with the pace of a festival that moves far too fast for anyone. “Over 3,500 shows this year!”, the fringe office would announce proudly - the number increasing each year with the inevitability of Jeff Bezos’ bank balance. I tried to compute the significance of that number and failed.

We’d stay up until 4am having furious debates about Ontroerend Goed and Jerry Sadowitz, then tumble out of bed a couple of hours later and start all over again. Sleep deprivation made it sometimes feel like the entire thing was a hallucination. I forgot the rest of the planet existed and stopped paying attention to the news. What I’m describing is the foolishness and self-absorption of being young. Still, I doubt I will ever again feel so at the heart of everything that matters to me. I miss it.

In the years since I’ve rarely missed out on a trip North of the border come August, although recently these have been more sedate affairs – watching a sensible number of shows, eating vegetables, bed before midnight. I am more interested now in sleep than I am in traipsing across town to a secret cabaret bar that I may or may not get into. I’m getting old.

But the visits themselves have continued to seem indispensable. It isn’t just me that has had a fixation on the Edinburgh festival. In August the city is crawling with promoters and programmers from all over the world, who dash from show-to-show trailing spreadsheets, or grab ten-minute coffees with other theatre professionals they don’t see for the rest of the year. Many of them do all their annual programming in a few days, shopping for performances in their biro-marked brochures like it’s the Argos catalogue.

This is what artists come for, of course – the chance to be spotted, make the connections that will secure the next step on the career ladder. When it works out it can be extraordinary, and there are fairy tale stories – companies arriving unknown with their set in their luggage and a pile of fliers who by the end of the month have a hit show and the foundations of a career. But the risks taken by artists, often with no formal structures in place to back them up, are significant. I always got paid to be in Edinburgh, a bedroom of my own; many artists don’t. The cost of taking a show to the fringe for a month easily runs into tens of thousands. The costs to your mental health – of sleepless nights, of feeling constantly like you’re in a competition with insurmountable odds – are less easy to quantify. For these reasons, many artists will never even make it to the Edinburgh fringe: if you don’t have the option of taking the summer off work, a network to support you when you get there, or a security net if things don’t work out financially, then the risks may simply be too great.

So as much as I’ve missed my annual trip North of the border since the pandemic has hit, taking time to pause and reflect on what the fringe has become, and what we might like it to look like in the future, is valuable. The best bits of Edinburgh fringe have always been unplanned and impromptu – Daniel Kitson turning up unannounced for a secret late night set or the free fringe show about a serial killer I was once dragged into that remains the most terrifying thing I’ve ever seen. That’s what fringe should have, I think: space to make it up as you go along, for mistakes and chance discoveries and random creative encounters. That has always existed at Edinburgh festival. But it would be nice if there was a bit more room for it.

What might this look like in practical terms? Forest Fringe were on to something when they made every show Pay What You Can, providing artists with free accommodation and not insisting on month long runs at their venue. Fewer shows in the programme overall would mean rents are cheaper, and the incredible intensity of the demand on local infrastructure is reduced. If we want the make-up of the artists able to present work on fringe stages to reflect the diversity of the UK, then venues, funders and organisers need to find ways to subsidise those who are currently underrepresented to be there.

The huge shift during the pandemic towards sharing live culture digitally means that attending the fringe might remain a calling card for emerging companies, but certainly isn’t the only way programmers can see their work. In the future I could imagine a hybrid model: a week or two in Edinburgh as a chance to test and hone work in front of audiences and to feed off the creative buzz of being surrounded by so many brilliant artists, supported by a high-quality digital capture of performances alongside it.

If the fringe can change - and it must - what will survive is the best kind of adventure. The kind where you set off to a place where your life may be transformed, your printer under your arm and your dreams on your back.