Is There Still a Place for Digital Audio With A Return to Live Performance? 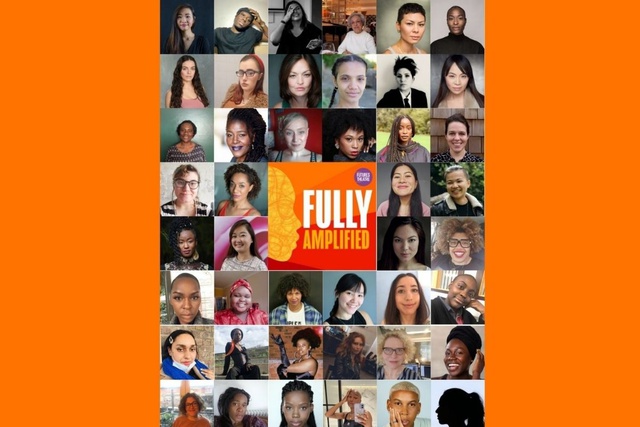 Fergus Morgan speaks to Mobius about the boom in podcasting and audio performance during the pandemic. With so many companies moving their output into this digital world, is it here to stay now live performance is making its return?

If you're interested in trying out your own audio work why not read our blog on how New Old Friends got their audio programme up and running too.

It is a common cliché that everyone has their own podcast these days. Nigel Farage has one. Alan Partridge has one. Hell, even I had one for a bit in 2018, when The Stage somehow paid me to try out theatre-related things for a few months. But, while it might be true that most industries embraced the medium several years ago, the performing arts only actually only seriously started producing podcasts recently.

Now though, there are loads of them. There are interview ones, like the Royal Shakespeare Company’s Interval Drinks, and the Royal Court’s Playwright’s Podcast with Simon Stephens, and Ad Infinitum’s Home From Home. There are those that adapted existing theatre work into audio form, like No Stone Theatre’s acclaimed series Seeds, and Cecilia Gragnani’s London Expat. And there are those focused on entirely new audio drama, like New Old Friends’ Comedy Whodunnits For Your Ears and New Perspectives’ PlacePrints.

The original instigating factor for most does not need naming, let’s just say it shares its name with a well-known Mexican lager. Unable to work on stage or in person during the lengthy national lockdowns of the last year-and-a-bit, theatres, companies, producers and performers instead turned to digital art-forms to do their thing; zoom-plays, live-streams, audio work, and within that, podcasts.

What were the benefits of podcasting, instead of the other hybrid performance mediums that proliferated during the pandemic? Well, podcasts were cheaper to produce for one thing (unless you wanted to go really high-end quality-wise), and could be easily made remotely with artists isolated from each other in different cities, different countries, and even different continents. Podcasting did not require its audience to be in a certain place at a certain time either, and there was an existing infrastructure for its publication and dissemination.

And, although there is the significant downside of podcasts being almost impossible to monetise unless they are wildly popular, they did boast the crucial advantage of not being an artistic compromise, whatever the context of their creation. Audio work is audio work: it remained authentic to itself throughout lockdown in other words, whereas zoom-plays and live-streams could be, well, a bit shit.

All of those things remain true, but now that live, in-person performance is a becoming a thing again, there are several questions facing the theatremakers that turned to podcasts during the pandemic. Do we keep producing them? Can we afford to keep producing them alongside our other work? Will anyone still listen to them if we do? How will they fit into the rest of our output? What, essentially, is the point of podcasting in a post-pandemic world?

There are a range of answers to those questions. Undoubtedly, some podcasts will stop as the financial and logistical priority for the majority of theatre producers and companies is now staging live shows, and plenty are sick and tired of working in other mediums. And some podcasts, of course, were only ever intended to be limited series anyway: something to do to keep busy and to keep employing freelancers during lockdown.

Some, though, will continue. Not necessarily because they are profitable (that was, almost universally, never the case) or because they help drive audiences towards live theatre work (there has been basically no research into this as a promotional strategy, but I suspect it isn’t exactly like airing an ad during halftime of the Superbowl), but because they can perform an important function in and of themselves. That is how Caroline Bryant, artistic director of female-focused company Futures Theatre, sees it anyway.

Futures Theatre is about to launch Fully Amplified, a seven-part documentary-drama podcast series, created with acclaimed audio production company Reduced Listening. Each episode sees a different writer partnering with a different community of women - from domestic abuse survivors, to members of the Armenian diaspora, to BESEA women who have been on the receiving end of racist abuse – and interweaves conversation with original drama.

To conceive of the podcast as purely a commercial or marketing exercise, in supplement or support of Futures Theatre’s live work is completely wrong, says Bryant. It is akin to conceiving of all theatre in that way, regardless of whether it is staged in a West End playhouse or a community college.

“We have always worked with different groups of women often vulnerable or marginalised women – to tell their stories”, she says. “During the pandemic, we had to stop our in-person engagement work, but it was important that we didn’t stop telling these women’s stories, and making their voices heard. And podcasts seemed like the perfect medium through which to do that.”

For her, and for Futures Theatre, and for other theatre companies like it, podcasts are simply another form through which they can keep doing work that is important to them.

The world of podcasting for the live arts world therefore seems to have a lot of application, whether it be for a specific time and place or as a more permanent part of a company’s programming, a positive of lockdown has been the ability for more of our industry to learn about this other medium that can do so much to support their existing work. Will you be building this into your work moving forwards?