Building Back Better? A look at Theatre PR Post Pandemic 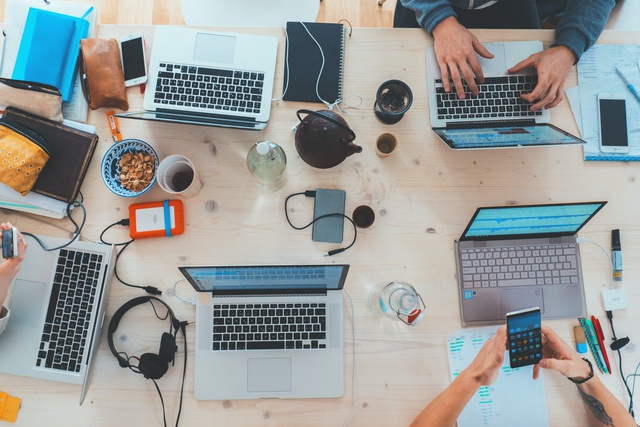 Elin Morgan is a PR Consultant for Mobius Industries and also consults with clients and projects in the arts, education and charity sectors. Here she talks to leading arts and theatre journalists and PRs about the changes to their role over the pandemic and how we should look to adapt our style of work using the lessons we've learned

Elin has worked in communications for the arts, mainly theatre and dance, for 15 years, almost 7 of them as PR Director at Mobius.

I happened upon a Tweet from a theatre critic proclaiming a record 29 significant openings in theatre in the next three weeks. Worries about audience confidence and numbers notwithstanding, the message is loud and clear – theatre is back in business. During the various lockdowns, theatre Twitter was abuzz with conversations about change. Building back better, as the prime minister might put it, with fairer terms and treatment for the sector’s many freelancers high on the agenda.

As a communications consultant I take a keen interest in these conversations. In the time I have worked in arts comms, much has changed – the advent of social media, the decline of the printed, posted press release, the rise of bloggers and influencers, to name a few.

For some years now, arts PR has felt somewhat like an industry in decline – shrinking space for culture in national newspapers, increased centralisation in regional media and a blogging sector which all too often relies on unpaid labour have all added to the challenges faced in this frustrating yet ultimately (mostly!) rewarding vocation. It’s mirrored by the situation my friends in the world of arts journalism find themselves, with job insecurity and greater competition for slots a factor for many.

The challenges presented by the pandemic have in some ways accelerated this pattern – space in newspapers lost or cut due to lack of projects to cover or staff shortages doesn’t always return and journalists and media relations professionals alike have had to adapt and draw on their creativity to keep working and keep securing coverage. As we enter what we all hope is the final phase of the pandemic, it feels a good time to take a moment to reflect on where we are, what we’ve learned and what we might carry forward into the future. To that end, over the past few weeks I’ve been asking colleagues from PR and journalism to share their thoughts with me on what has changed and where we might be headed.

It’s come as no surprise to me that the most significant change reported was a greater sense of our interdependency and increased collaboration, both between PRs and journalists and among the media relations community. At the start of lockdown, I was one of the founders of a WhatsApp group for arts PRs which continues to be a resource and place of support for a number of us, working all over the country. In the last year and a half, I’ve spent more time on the phone to other PRs than I have ever before, sharing intel and ideas, and found myself having much more open conversations with journalists about our challenges both personal and professional.

Dance specialist Martha Oakes, who works with Sue Lancashire as Martha Oakes PR, describes “A change in the atmosphere of the way we work with journalists. There feels to be more closeness between us and our journalist contacts, perhaps a recognition that both the media and the arts/dance sector are under such threat.” It’s a view shared by freelance arts journalist, performance-maker, collaborator, mentor, dramaturg and occasional PR Donald Hutera “If anything, our mutual need and degree of co-operation might have increased due to the precarious conditions of pandemic-era arts-making and experiencing.” Freelance theatre journalist Fergus Morgan adds “ 'Traditional' performing arts content kind of went out the window, so PRs/editors/journalists all had to work together a bit more to fill that gap.”

Natasha Tripney, Theatre Critic and Reviews Editor at The Stage has spotted a greater awareness among contacts “There's definitely a sense that the PR landscape has shifted. There are several new agencies and independent PRs and I'm also aware many in-house press and marketing departments have lost staff. I’m not sure the way I work with PRs has changed per se but I think everyone's a little more aware of the pressures that everyone else is under.”

For all the camaraderie, there is a sense that as theatres reopen, we may also be returning to business as usual. The Guardian’s Chief Theatre Critic Arifa Akbar said “It changed over lockdown - I was speaking to actors, directors, etc on the phone or on Zoom a lot more rather than in person and PRs were facilitating that. It sometimes took longer to get hold of a PR given furlough. Now everything seems to have returned to normal.” And there are those who feel this may be a missed opportunity for change. Freelance journalist Lyn Gardner is one of those to express disappointment “I feel that theatre said it would change post-pandemic and hasn’t changed enough and that applies to PR and journalism too. I think during the pandemic there was a genuine sense of us all being in this together and that built a solidarity and I certainly thought that PRs and their value to the industry was overlooked. But many PRs are freelancers, just as are journalists and most theatre makers. It just feels a bit business as usual, in fact perhaps more than ever because the big stuff represented by the big agencies is getting most of the coverage in major outlets.”

A sense that arts pages have skewed towards the mainstream and smaller and less conventional productions were harder to place – while at the same time, client expectations hadn’t adjusted in line – was raised by several of those I spoke to. A Theatre PR told me “Conversations about capacity and expectation management have dominated pitching more than ever.” In the words of Fergus Morgan “After the kind of explosion of blogs and online content in the 2010s (it) seems to have very much dialled back down to a few stalwart publications.” The recent decision by theatre website A Younger Theatre to go on indefinite hiatus appears to bear out this view.

Much as the performing arts sector has responded to the challenges of the pandemic with characteristic ingenuity and inventiveness, its PR and press arm has done the same. Freelance journalists including Fergus Morgan have started newsletters on Substack, allowing them greater freedom to report on the artists that interest them in formats that suit their style. You can sign up for Fergus’s newsletter The Crush Bar here. Similarly, PR professionals are broadening their skills base to respond to the more limited media opportunities and are looking to the ‘owned’ ‘earned’ and ‘paid’ approach to a media campaign that has been a standard model in corporate comms for some years, often incorporating elements more traditionally associated with PR’s sister discipline, marketing. Laura Horton, a playwright and freelance PR who initiated a marketing and press campaign called Theatre Stories to support the industry during the pandemic says “I think we'll all have to reframe what PR looks like and work to our individual skillsets to open out what we can offer.”

Some PRs have looked to technology to improve efficiency and the service they offer. Madelaine Bennett, Director of The Gingerbread Agency says “I’m finding that journalists have even less time to spend on stories – most likely due to them covering all the more work due to redundancies and other cut-backs. This means we need to provide them with as much information as possible in as easy a way as possible. It might sound a bit soulless, but automation of the mechanics has become essential in delivering widespread coverage. I’ve invested in marketing email software so that when people are working from home and harder to get hold of on the phone I can track whether they opened an email, and whether they clicked on a link. Impersonal it may be, but it means I know who is interested and I the majority of my follow ups are done to those who are keen."

“Links to images, Q&As and other collateral were done of course pre-pandemic, but now these things are more structured – as much information as possible should be at the fingertips of the journalist from the first contact.” It’s a view echoed by Donald Hutera, “I think it (the future of PR) will continue to be the supply of coherent and enticing information, and assistance with the dissemination of that info to the public.”

For Emma Berge, Head of Press at Mobius Industries, support for writers and publications is key “I hope that we can remember the spirit of compassion and support we felt during lockdown and recognise that support needs to go all in all directions, and that includes towards arts writers. This can be as simple as keep reading the arts pages in local papers – arts pages won’t return if people aren’t reading them. Engage with the writing, repost on your socials. For those with means, subscribing to the paid for newsletters and publications. Put some social media spend behind good reviews from the smaller publications. I think we’re going to see a greater integration of press and marketing going forward, and we’ll all need to try new approaches and adapt to new ways of working rather than believing that the old ways will return if we just hold onto them hard enough.”

And there’s room to adapt approaches to campaigns, with increased flexibility on formats for coverage says Natasha Tripney “I'd like to see more PRs who are less driven by the news agenda and more open to different formats - not just preview/interview/review but pieces which perhaps are written later during a show's run.”

Ultimately, the relationship between arts PR, arts journalism and the making of art is symbiotic and we won’t survive without one another. I believe that bold thinking, innovation and care for one another will be key to our survival in the years to come. To give the final words to Lyn Gardner “I think we need to rethink how PR and theatre journalism works, what its purpose is and how it can best support all theatre makers not just those with the money and the status and the profile that ensures coverage and gets them an even higher profile. It is going to be tough everyone over the next few years and PR and journalists could work together better to ensure that editors understand that if you don’t tend the grass roots now there will be no sturdy oak trees in the future.”

As the above is an ongoing experience for all arts and theatre industry professionals, this feels like only the start of the conversation. We'd be really interested to hear how your work has changed over lockdown and any lessons you'll be taking forward. Just contact us on team@mobiusindustries.com