Will Christmas panto season save venues from closures? 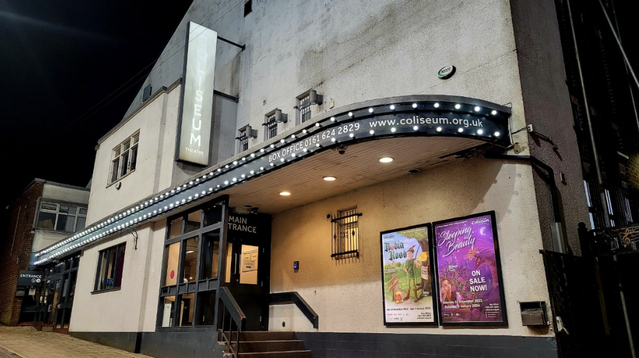 In the third piece in Jupp's cost-of-living series, Dave Fargnoli asks if panto season will be enough to save venues from closure this Christmas.

Dave Fargnoli is a Scottish playwright and critic, and has written for publications including The Stage and Three Weeks Edinburgh. He was the winner of The Stage's Critic Search 2015.

Over the last few Christmases, panto has been underperforming. Oh no it hasn't! I hear you cry. Well yes, sorry, it has.

Conventional wisdom tells us that pantomime is the lynchpin of the UK theatre industry, with a broad appeal that cuts across generational and class lines, a panto can generate bumper ticket and ancillary sales that go a long way to supporting venues throughout the rest of the year.

But last-minute lockdowns closed houses across the UK in 2020, and mass cancellations stifled any recovery a year later.

This year, there is room for cautious optimism. Audience confidence has been steadily increasing. And Jeremy Hunt’s November budget included an announcement that business rates relief for retail, hospitality, and leisure would be expended from April next year – though despite public calls for targeted support, there was no sign of measures tailored to the performing arts specifically.

As we head into December our resilient industry is threatened by a perfect winter storm. Facing a generation-defining cost of living crisis, which we've covered in more depth in the first blog of this series, continuing cuts to arts funding, and knock-on expenses associated with Brexit, many theatres are more reliant than ever on the success of a big, hit panto production to make up the shortfall.

Responding to these complex challenges, the Kings Theatre Portsmouth released 16,500 tickets for their in-house panto, Cinderella, at a reduced cost of £10 to ensure families struggling with the cost of living could afford to attend a show during the Christmas season.

Kings’ CEO Paul Woolf says: “We take very seriously how we engage with our audience. Tens of thousands of people come to us each year, because they know they can trust us... we’ll get four generations coming all at one go.”

Woolf confirms that sales for Cinderella have been heartening so far, even when factoring in tickets rolled over from the previous year. But economic uncertainty still presents a barrier for some audience members.

“Suddenly in the middle of our sales year, you end up with the economy doing what it’s done, people not being able to pay their food bills, and we’re asking them to come out and have fun at Christmas.” Woolf said. “And in a sense, that’s increased our responsibility... to provide them with an afternoon or an evening of serious escapism and fun”

And it isn’t only audiences who are facing mounting challenges. Although the Kings has kept overheads low with a fixed price energy tariff, other costs continue to rise.

“You’ve got minimum wage increase... and generally we’ve noticed that when we want to buy anything, the costs have gone up and the supply chain is broken. We’ve been waiting for some [sound equipment] for nine months. Whatever you need is difficult to get.”

But some theatres are no longer in a position where they can withstand such delays. In October, the council-owned Chelmsford Theatre in Essex took the step of cancelling their Jack and the Beanstalk, citing delays and spiralling expenses after the budget for a planned renovation exploded from £1 million to just under £3.25 million.

In a statement addressing the cancellation, a council spokesperson underlined the impact of Brexit on the sector: “Like so many other construction projects right across the county, we’ve had to contend with the worst delays to supplies and materials we’ve ever experienced on a project of this kind.”

The council believes the redevelopment “will give our theatre the best possible chance to thrive in the future.” But with the cancelled panto having been projected to bring in around £440,000, that lost revenue now piles even more pressure on the organisation.

Elsewhere, Oldham Coliseum in Greater Manchester was one of many organisations whose ACE funding was abruptly withdrawn this month. The delayed NPO decision came at the start of tech week for the Coliseum’s current panto, Robin Hood. Their Artistic Director Chris Lawson told me: “the cast, crew and staff pulled together exceptionally with the focus being in that moment that we had a responsibility to deliver the best show we possibly could for the town.”

Panto sales make up 30 per cent of the Coliseum’s ticketing income. “As with other similar size theatres, it makes a significant contribution to our annual turnover and is a box office return not usually seen by [our] other shows” Lawson said. But he recognises that “...overreliance on this product is not sustainable as a way forward and shouldn’t be the basis for any business model.” Instead, he believes theatres must offer a diverse programme to attract audiences year-round. Easier said than done when theatre-goers are also feeling the pressure of utilities and cost of living rising.

Though there are some promising signs that Christmas sales may finally be returning to pre-pandemic levels, a successful panto alone is no panacea. Our fraught economic situation still presents enormous challenges. While the government remains unwilling to provide the kind of backing theatres need to alleviate these myriad pressures, the industry’s regeneration will require creative solutions from theatre-makers and sustained support from audiences throughout the year, not only during the peak Christmas season.

As is the case in many theatres, Cinderella is the Kings’ biggest, longest-running production of the year, incurring high running costs in the hopes of a large return - which should pay off. As Woolf puts it: “It’s high risk, high reward – assuming everyone comes.”