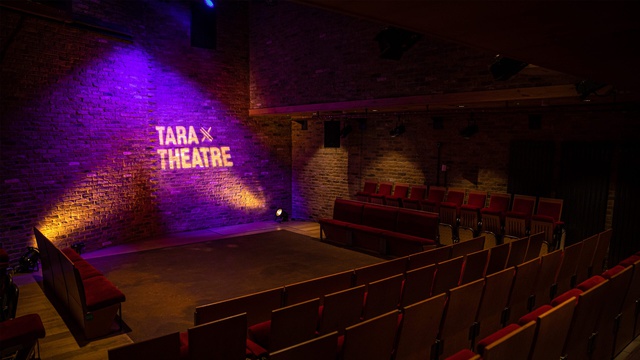 In the second piece in Jupp's cost-of-living series, Anya Ryan takes a look at how the current financial climate is disproportionately affecting marginalised groups working in the arts.

Anya Ryan is a journalist, specialising in culture and lifestyle content for publications including The Guardian, Gal-dem, The i, The Stage and Stylist.

Marginalised groups have always struggled to find a place in theatre – an industry that is overwhelmingly white, middle-class and male-centric. But with the additional pressure of the cost of living crisis to battle with, as well as continued pandemic recovery, things perhaps look bleaker than ever for the future of diversifying the sector.

According to recent research by the networking group People Like Us, over a third of ethnically diverse people are struggling to pay their bills each month. And for organisations like the South Asian company Tara Theatre which aims to get people who don’t usually come to the theatre through their doors, this is a massive issue to contend with. “Disposable income has been massively reduced. So people have the choice to buy food and pay their bills – or go to the theatre?” Abdul Shayek, the Artistic Director of Tara says, “rightly, they are going to choose to survive. This means our audience will be diminished.”

Reflecting on the last show that played at their theatre space in Earlsfield, Silence, a staging of Kavita Puri’s book of the same name that brings to life personal stories from the time of Partition, Shayek says: “We had a predominantly South Asian and global majority audience, which was great. But our ticket prices were reduced, we wanted to make sure people could afford to come and watch the show. With everything that is going on at the moment, I am very worried about our audiences.”

I speak to Shayek ahead of the NPO announcement, which saw his company get an increase in its Arts Council Funding. But even with the additional money, he mentioned his concerns about the skyrocketing energy costs. “I have to heat a whole building… Structurally, the arts and culture sector does not have enough money to fund everything.”

He is also concerned for the employees: “We already had a problem with getting more diverse artists and creatives working in theatre. Living in London is not cheap, and how things are going is not sustainable.”

Of course, large-scale companies like Tara aren’t the only ones affected by the cost of living crisis. Freelancers make up the body of the theatre industry, and with this financial difficulty added to the day-to-day panic freelance life entails, now has the potential to be very stressful. And according to the 2022 Big Freelancer Survey released by Freelancers Make Theatre Work in October, 55% of freelancers felt insecure about their future working in the arts, with the figure rising even higher for people living with a disability or from working-class backgrounds. Anshula Bain, a 28-year-old actor from London describes the current times as “scary”.

Bain, who is currently appearing in Tartuffe at the Birmingham Rep Theatre, freely admits that on paper, she looks “successful”. This is the year she’s made the “most money from working in theatre” as she has starred in three shows. But actually, it is also when she has felt the most concerned. “When I tell people, it looks great,” she says. “But financially this is the most I’ve ever struggled. Before getting this job, I was seriously worried about how I was going to eat.”

To work at the Rep, Bain has had to relocate to Birmingham, which meant she had to “fork out” money for digs before she had even been paid. “You only get paid from the theatre weekly - how are you supposed to pay for rent in London and away from home when you haven’t even got the money yet?” she says. “Once this job ends, I don’t have another one to go back to and nothing to fall back on either. It is very scary”.

Tracey Gentles, the Creative Director at Something to Aim For, a cultural organisation advocating for marginalised and under-represented artists in the arts agrees that the cost of living crisis will be particularly difficult for young freelancers who are part of the Global Majority. “A lot of the work we do is with freelancers, everyone is worrying, of course,” she says.

Still, Gentles reveals that is important to remain “strategy focused” and think about how “the ecology of the sector has been affected”. Considering some work her organisation led at the Fringe this year with emerging artists and producers, Gentles says: “We were working with young artists to expand their careers, but there was a real sense of dread among them about how the ecology of the arts have been impacted…Our work has focused on trying to inform venues and organisations on ways to help people and respond to this crisis...We want to find a way through this”.

“When the pandemic happened a whole bunch of great people had to leave the sector. We are going to face another talent fade” says Shayek. But both he and Gentles agree that it is important to try and remain hopeful – despite the ever growing difficulties. “I think we will get through this together,” Gentles says. “But we need to have transparency, communication and consistency from those in power.”