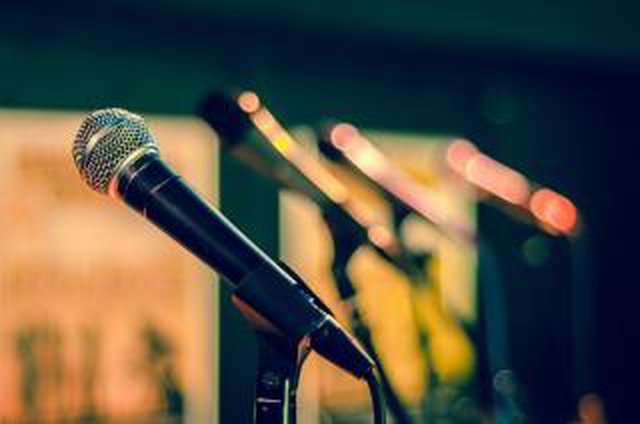 Bruce Dessau is the comedy critic of the Evening Standard and the editor of comedy website beyondthejoke.co.uk. Below he talks about the state of comedy criticism and the increasing problem of getting tickets to review shows.

In the first in a series of articles on the subject of comedy criticism, he explores the difficulties involved in getting access to shows, asks what the purpose of reviews is, and reflects on whether an artist has a right to refuse to give critics access to their show. Future articles in this series will look at the same issues from the perspective of the performer, the producer and the publicist.

I had an inkling that after Covid it might be harder to get review tickets for comedy shows. I thought perhaps producers would be so cash-strapped that they would want to sell every single ticket they had and not offer any 'comps' in return for reviews.

As it turned out I was right, but for the wrong reasons. Over the last year it has been my experience that tickets have indeed become harder to come by. I've been offered tickets, then had them withdrawn. I've been told there would be a press night and then there wasn't.

It is not necessarily about the cost of the ticket though. Sometimes publicists – not the wonderful Mobius I hasten to add – have simply been unable to offer a satisfactory explanation for a 'no reviews' stance. Comedy critics are being hit twice – by shrinking review space on one side and now by disappearing tickets on the other.

Shortly before Christmas I requested a press ticket for a big act whose tour was heading to London. I thought tickets would be a formality as they had been in the past, but was told that there was no press allocation as the tour was nearing its end. This would have been reasonable if it wasn’t for the fact that I'd recently received a press release from the same PR firm announcing that the tour had just been extended.

Maybe the tour was selling well enough so why give away more tickets? Was it possible that they decided they didn’t want any more coverage because reviews so far had been mixed? If so they weren't saying. If it really was because the tour was nearing its end they had a different policy to Nick Helm's PR who a month earlier offered me a ticket to review his Bloomsbury Theatre show even though his tour only had two remaining gigs.

So what should a critic do when they want to review a show and there are no press tickets? Do artists have the right not to be reviewed once they put something in the public domain? Are we heading for a scenario where it could be the norm for artists to veto critics? Stand-up can be an intensely personal art form and I've heard of performers who don't want critics in because they 'don't get them'. I worry that with so many other ways of getting the word out about shows via social media critics are becoming less essential.

I take a general position that unless I am told directly that critics are not wanted under any circumstances I buy one if no comp is offered. But I deal with things on a case-by-case basis. Some shows are too important to ignore. When Peter Kay started his monthly O2 Arena residency in December – he is doing a night there every month until April 2025, which buys a lot of garlic bread – I was told there were no press tickets but had to cover this major event.

I've often wondered if one day I'll be turned away from a gig that doesn't want critics in. That's why I didn't want my headshot featured on this blog. Like restaurant critic Marina O'Loughlin I try to preserve my anonymity. A very loose rule of thumb the smaller the artist the more likely I am to respect a no critics request. So I’ve bought a ticket for Frankie Boyle in the past at the Eventim Apollo, but not for US oddball Kate Berlant at the Soho Theatre.

As with theatre critics I like to see my reviews as part of a conversation as well as a consumer guide. As if I’m giving them an extra set of director’s notes for free. But I’m not sure if the comedy industry see coverage in that way. It feels as if the only function of comedy reviews is to supply stars to stick on tour posters. Compared to theatre, comedy is still a touch 'wild west' when it comes to inviting critics, with press nights frequently decided late in the day or not officially happening at all.

It's a hard life being a professional critic, though I can't think of anything I'd rather do. If we aren't fighting for ever-decreasing space or asking for tickets that never come we are up against the fact that anyone can be a critic on social media where performers can also promote their shows themselves. Who needs to give out a ticket and lose that precious income when social media channels happily do the job for free?