Elin’s visit to Korea, and Men of Steel at GDIF 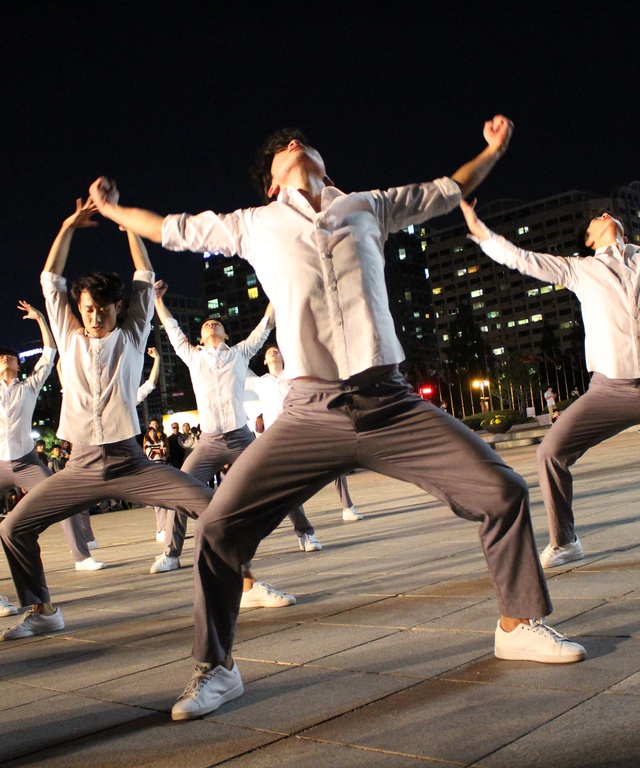 Our PR Director Elin recently visited Seoul, where she met some of the Korean companies bringing shows to this year’s Edinburgh Festival Fringe. As well as eating some unusual (and delicious!) food, and learning all about Seoul’s theatre scene, she also met up with dance company Modern Table.

Modern Table are fast gaining a reputation both in Korea and further afield, having performed all over Europe and Asia. The company performed at The Place last October and will be in London this weekend in London performing at the Greenwich and Docklands Festival as part of the Korea/UK 2017–18 year of cultural exchange. Choreographer Kim Jae-Duk told Elin a bit about what to expect...

“At Greenwich we’ll be performing our outdoor work ‘Men of Steel’. It explores themes of opposition and disagreement, but I wanted to make it entertaining too. The piece has a clear introduction and finale as it’s designed to be performed outdoors – I think audiences for outdoor work have high standards, you have to keep their attention.

“When I choreograph, I’m inspired by gesture and everyday movement. As an artist, you want to explore the universe. There is something about the universality of dance that is appealing.

My brother studied at ENB and Rambert so I know London and I enjoyed visiting him. In particular, I liked the art, the bars, and fish and chips! I haven’t been to docklands before though.”