From our guest editor – Bums off seats? Catherine Love looks at how the role of theatre audiences has changed 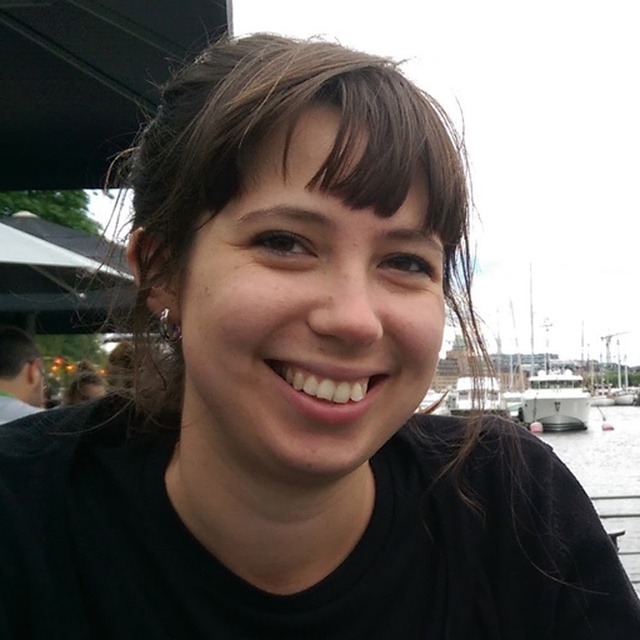 From the Theatre Charter to Punchdrunk, Catherine love looks at how the role of theatre audiences has changed in the second article commissioned by our Guest Editor Eleanor Turney.

I’m learning how to make a martini. Gingerly, glancing at a sheet of instructions tacked to the wall, I pour out measures of gin and vermouth. I add ice. I shake. All around me, chatting and giggling and saying “excuse me”, other people are doing the same.

This isn’t a cocktail-making class. It’s a piece of theatre. Party Skills for the End of the World, part of this summer’s Manchester International Festival, is emblematic of the ways the role of the audience has changed in recent years. Created by Nigel Barrett and Louise Mari, two members of the theatre collective Shunt, Party Skills invites visitors to roam around a sprawling building, learning how to do magic tricks and fashion crossbows out of office stationery.

This sort of exploratory theatrical experience has become more and more common. Shunt had a lot to do with that, running their iconic London Bridge venue the Shunt Lounge in the 2000s and crafting events that wrapped around their audiences. Although they avoided labels such as “immersive” and “interactive”, theatre under those banners – along with that other buzzword, “site-specific” – has since proliferated. Think Punchdrunk, whose masked audiences are set loose in huge, meticulously designed spaces, or newer companies such as Dante or Die and Hydrocracker. 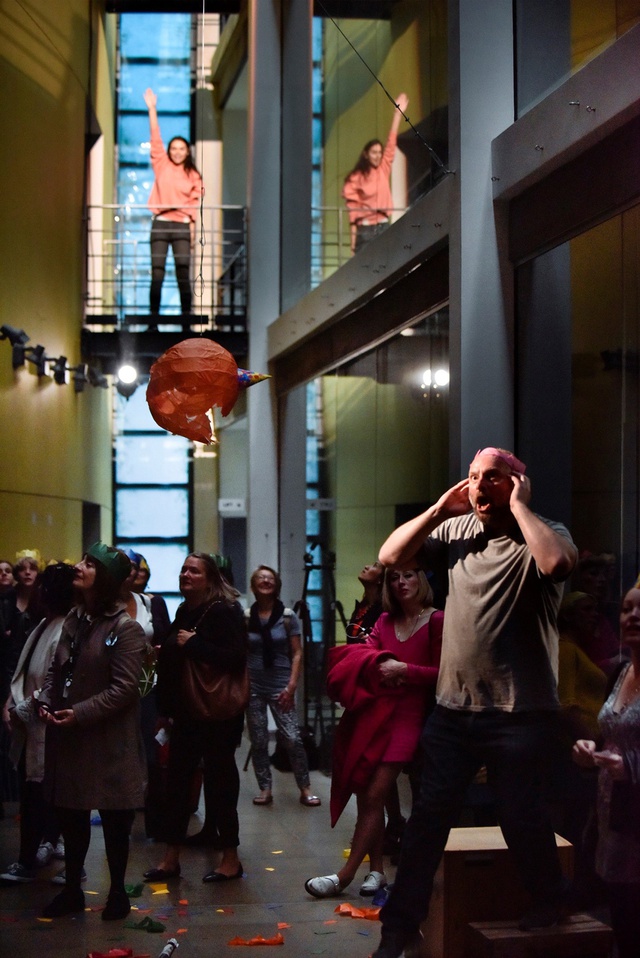 Party Skills for the End of the World

The levels of audience engagement vary. Sometimes, it’s simply a matter of being surrounded by the world of the show rather than sitting at a distance from it. At the other end of the scale, audience members can become entirely responsible for the action, such as in Rotozaza’s Autoteatro shows, which participants perform for themselves and each other. But what these shows share is an expectation that being an audience member involves more than sitting in the dark, watching those under the spotlights.

Not that any of this is as new or as ground-breaking as some companies might like to suggest it is. The explosion of immersive and interactive theatre onto the mainstream is undoubtedly a twenty-first century phenomenon, but it has much older precedents in what used to be called “environmental theatre”. Alternative theatre-makers in the 1960s and 1970s were already experimenting with collapsing the distance between audience and performers – something that had been proposed by Antonin Artaud even earlier.

For the less shy and retiring among us, there are definite pleasures to be had in performances that invite or even demand involvement. I’ve been charmed by small gestures – the dare to meet and hold someone else’s gaze in Andy Field and Ira Brand’s put your sweet hand in mine – and exhilarated by big ones. I can’t deny the thrill of searching for a secret address in East London (during Retz’s The Trial) or venturing down into the gloomy bowels of Shoreditch Town Hall (in Hydrocracker’s New World Order).

Yet I can’t help wondering whether getting audiences up on their feet lets theatre-makers off the hook in other ways. Look, they can say, people are clearly involved. But engagement means more than chatting to actors or running around on stage. Party Skills is, again, a pertinent example. Fun as it is, it feels a bit flimsy, failing to sharpen the dynamic with the audience or delve deeper into the ideas it introduces. As an audience member, I’m having a good time, but I don’t feel more engaged with the show than I would with a piece of proscenium arch theatre. If anything, my interaction with the tasks on offer temporarily blots out my interrogation of what’s going on.

More interesting, in my opinion, are experiments with audience involvement that aim to engage the brain first and the body second. A good example is the work of Tim Crouch, which strips back the usual trappings of stage illusion and instead asks the audience to do the work of theatrical transformation. In My Arm, for example, random props donated by the audience stood in for characters, while The Author unfolded in the midst of the audience and worked by planting images in people’s minds. More recent shows, such as Barrel Organ’s Nothing, have followed Crouch’s lead in acknowledging the audience and paring the theatrical event down to the bare minimum.

As for the relationship between audience and stage, I’ve long been fond of theatre-maker Chris Goode’s “cat test”. It’s simple: if a cat can wander on stage and the theatrical event is able to accommodate it, then that theatrical event can be understood as genuinely live. The same applies to theatrical structures that can flexibly respond to the audience. The real test for theatre-makers seeking to involve the audience, whatever the nature of that involvement, is how they cope with the unexpected responses that spectators throw into the mix.

Some, though, have tried to strip the live event of all its unpredictability. Just as immersive events have coaxed new audiences into the theatre, others have set out to police these novice theatregoers. The Theatre Charter, backed by big names like Stephen Fry, sets out rules ranging from the standard request that people switch off their mobile phones to strict demands that audience members “remove all items you need from your bag prior to lights down, then leave the bag closed”. It also asks other theatregoers to “quietly ‘shhh’ the offender during the performance”.

The “offender”? This sort of attitude treats audience members like delinquents and excludes those who may be unable to stick to “rules” that are founded in unacknowledged privilege. This is something Jess Thom (aka Touretteshero) has highlighted in her show Backstage In Biscuit Land – one of the most unpredictable and gloriously live theatrical experiences going.

The most effective shows don’t need a set of guidelines for audiences; they can take their audiences with them whether they’re sat in the dark or exploring a vast warehouse. As Amber Massie-Blomfield put it in a blog post explaining why the Albany would not be signing up to the Theatre Charter, “The best theatre rests on an unwritten compact between the audience and the artist”. Ultimately, whatever experiments have come and gone, that hasn’t changed.

Catherine Love is a freelance theatre critic and arts journalist who writes for publications including the Guardian, The Stage and Exeunt.