Is There A Future For Theatre Journalism? 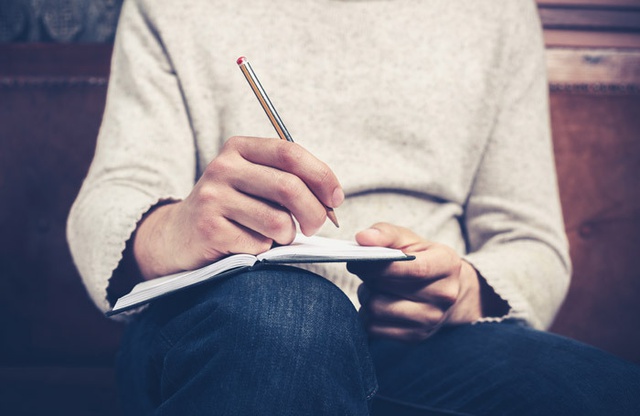 Fergus Morgan is a freelance arts journalist, specialising in theatre. His work has appeared in The Stage, TimeOut, Vice, The Independent, WhatsOnStage and elsewhere, and he publishes his own newsletter featuring emerging theatremakers, The Crush Bar, on Substack.

In the first piece of his series, Morgan evaluates the ever-changing nature of theatre journalism, in the face of eroding cultural coverage in the media.

Few people worry as openly about their existential crises as arts journalists – but, then, few industries have as much cause to worry about their future as arts journalism. Just recently, we have seen The Herald in Scotland radically reduce its arts coverage, and TimeOut in London publish its last print edition.

The erosion of cultural coverage in the legacy media – newspapers, television and radio – is such a well-documented and well-discussed trend that writing about it is almost a new genre of journalism in itself: a regular roundabout of axed content, ensuing outrage and regurgitated opinions. Some arts journalists make a living from the death of arts journalism, and who can blame them? I’ve dipped my toe in those dark waters myself – I wrote this for The Stage back in 2018 – and I’m diving in headfirst again here.

In the race to extinction, theatre journalism fares worse – or should that be better? – than its fellows. Film, music and television, with their larger audiences, greater accessibility, and conveyor belt of famous faces feature more frequently on newspaper pages than theatre does. The latest film news, the latest album release, the latest sensational series can still stake a claim to bulletins and centrefolds, and can occasionally find their way to the front page.

The same cannot be said of theatre. There was a time when season announcements were major news stories, and the latest openings would be discussed on primetime television, but that time is long gone. When was the last time a theatre made headline news for the productions on its stage, rather than the behaviour of its artistic director or the gaffs of its marketing department?

There is now only one print publication dedicated purely to the performing arts – my main employer, The Stage – and only a handful of lucky journalists or critics in the country who make their living purely through writing about theatre. I think you can probably count them on two hands, plus a toe or two. The rest of us make ends meet through other means, both journalistic and otherwise.

Some cover other artforms alongside theatre. Some are academics as well as journalists. Some make theatre as well as write about it. Some support themselves with something else entirely. A good friend of mine is both a theatre journalist and a radio producer, for example, and I coach children cricket in the evenings to help pay my rent. By day, I interview actors, artists, directors and designers about their latest production; by night, I drill 11-year-olds in the perfect forward defensive.

‘So what?’ you might very reasonably ask. ‘These things happen. Time marches on. Industries become obsolete. Does it really matter if theatre receives less journalistic attention than it once did? Isn’t this partly just people who have never got proper jobs worried that they might have to go out and get proper jobs?’ To which I would reply: ‘Yes, to both.’

All industries require some sort of journalistic scrutiny, and theatre is no different. Theatre needs theatre journalism as much as theatre journalism needs theatre for several reasons. Firstly, it needs the oxygen journalism provides to spread news, build profile, market shows and sell tickets. Secondly, it is an artform that requires critical coverage to evolve. Artforms that are not regularly and routinely subjected to the review process start to stagnate. Without criticism, theatre could go the way of ballet, classical music, or – shudder – opera.

Thirdly, and perhaps most importantly, theatre – like any industry – requires journalistic scrutiny to expose malpractice and wrongdoing. One of the primary functions of journalism is to hold individuals and institutions to account. The absence of that scrutinising spotlight allows space for shoddiness and sneakiness, hypocrisy and harassment, crappy behaviour and criminal activity to flourish. To put it simply: without theatre journalism, audiences will disappear, shows will stultify, and bad people will get away with behaving badly – even more than they do already.

On YouTube, for example, the vlogger MickeyJoTheatre regularly critiques and comments on major musicals, and has over 20,000 subscribers. On Broadway, Katherine Steel does something similar, and has over 200,000. Theatre podcasts are finally becoming a thing, too: after a decade of stop-start success, shows like The Theatre Club Podcast and The West End Frame Show are rising up the charts. Some theatre journalists – including me, and several others – have turned to email newsletter platforms like Substack as a way of increasing their coverage.

All these mediums are still in their infancy, though, and questions remain about them. How successful are they really? How sustainable are they in the long term? Can you even class what they are doing as journalism?

Those with long enough memories will recall when the blogging boom of the late 2000s promised a renaissance in theatre journalism – a renaissance that died an early death when its leading proponents realised they were not making enough money out of it, and went off to get other jobs instead. Will the same thing happen with theatre YouTubers, theatre podcasters, and theatre newsletter-writers in time?

Over the next week, here on Mobius’ blog, several writers are going to attempt to answer those questions. I will be writing on email newsletters like my own. Robert Wallace will be interviewing some of theatre’s leading YouTubers, finding out how they work and how long they can keep going. And Tim Bano will be discussing theatre podcasts’ long, slow journey towards success – and whether they have finally found a model that is sustainable.

Ultimately, the three of us will be asking the same questions: is there a future for theatre journalism – and, if there is, what does that future look like?