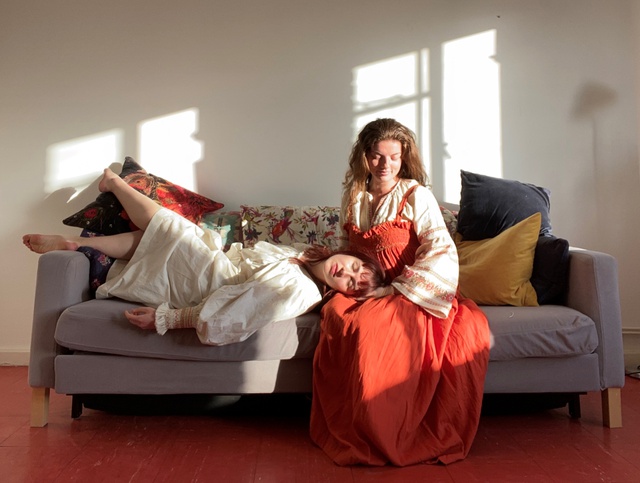 We’ve been a bit quiet on the Mobius blog recently. Like everyone, we have been taking stock of recent events - what it means for our families and communities, and for the world of live performance we work in (and love). We’re keen start having conversations here again though and will also be trying out some new ideas. We’ll be posting a bit more often and while we’ll still have the kind of long-form features from journalists we’ve had in the past, we’ll also have a mix of other formats and voices. We’re kicking off today with a blog written by theatre producer/creator/performer Josie Dale-Jones of ThisEgg. If you’ve got ideas for the new Mobius blog, get in touch and let us know.

I am in self isolation. In quarantine. Like most of you too.

And, like most of you too, I am thinking. A lot.
There is a lot of time to think.
Over think.
And think again.
About the thinking.
And the overthinking.

I’m wondering how to best spend my time.
Generally.
Obvs.

But mostly when it comes to ThisEgg.

What to write.
Which project to make what move on.
If I want to.
Where to start.
How to see an end.

There’s been a lot of chat about un-producing. When all this Rona stuff started, I felt very grateful not to have any immediate upcoming rehearsals &/or shows. That was a first! I run ThisEgg on my own and was lucky not to be needing to lead or look out for anyone else work wise.

As time goes on (somehow it keeps moving despite everything else being still) it does also get closer to what I did have lined up.

And so I started thinking some more…

I have two shows in development; The Family Sex Show & motherEarth. They aren’t finished and so are very changeable things that are open to responding to the world and the things happening in/on it.

I am wondering where we will be after all this, what people will be wanting, what we will need.

So here I am... thinking, wondering and worrying:
That the shows I have spent years working on, are no longer the ones that need making next the most.
How I decide what I think needs making most next.
What that even means.
How they need to change to respond to the context they will (hopefully one day) be presented in.
If they need to change at all.
Whether my unproducing actually also means unmaking.

Can you unmake a project?
Is it just something new. Starting again.
What happens to the old thing?
Does it disappear into nothing?
Why doesn't that feel so good?
Can I finish and tour them how I’d planned to?
Where will they still be able to tour to?
How many more partners will have to pull out?
Will any theatres still want them?
Be able to host them?
Host any shows?

What if all theatre goes back to being really safe?
Will it be full of one person on stage?
What will I do with my two shows that are being devised collaboratively that have 9 people on stage and also lots of people off stage?
When was that ever a good idea Josie?
Was theatre even ever ‘not safe’?
How many more plays written by dead white men will we be faced with now?
Will that make more people come to the theatre quicker? Really?

If we go back to ‘normal’ I think we will have really wasted an opportunity. This might be the only chance we ever get to reset a balance, to put into practice a once imagined systemic change. On a global level. It’s wild, and it could actually be pretty incredible.

There is a lot of us. And we seem to be working as a creative collective now, more than we ever have.

Yes, it is hard to look ahead into the unknown. But we are used to this. We’ve always had to plan with flexibility, to find ways of staying inspired and keep going. To make what we imagine somehow real.

That said, if you just want to lay down and do nothing. Do that.

This is the perfect moment to stop

before we start again.

Josie Dale-Jones self-produces, creates and performs shows with a variety of artistic collaborators as ThisEgg. This is an extract from a blog which originally appeared on the company's website - you can read the rest of it here.ThisEgg’s shows include Me and My Bee and the Fringe First-winning Dressed.