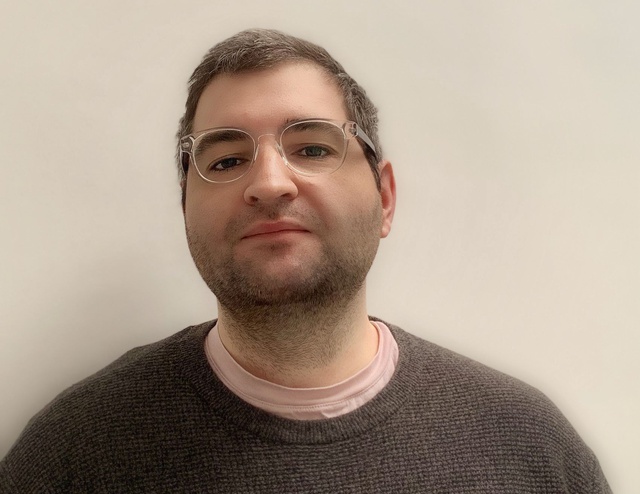 Tim Bano is a freelance radio and podcast producer and award-winning arts journalist. He has worked extensively on programmes for BBC Radio 3 and 4 including Desert Island Discs, Loose Ends, Front Row, Start the Week, Free Thinking, Saturday Live and Rewinder with Greg James. As a journalist he has written for the Guardian, Financial Times, Time Out, Metro and the Independent and is currently chief theatre critic for The Stage newspaper, specialising in musical theatre. He produces The Stage’s theatre podcast Seven Stages, and the V&A's Theatre Voice.

We are about to arrive at the twentieth anniversary of the birth of podcasts. The form first emerged in the early 2000s – the word itself, incidentally, was coined by Guardian journalist Ben Hammersley in 2004 – but it has only been taken seriously – i.e. people have only realised its colossal money-making potential and started investing heavily – in the last few years.

Podcasting is a wonderful, freeing, boundless form of creation. It is also democratic because podcasts are (mostly) free to access and (mostly) cheap to make. Theoretically, all you need to do is pick up a microphone, talk and publish. As a result, there are podcasts to match every niche you could hope for and every weird, wonderful interest you could imagine. A podcast I made I was once nominated for an award. I was up against the Fire Safety Matters podcast, the Women’s Running podcast, and the Kitchen, Bedroom and Bathroom Builders’ podcast.

In the two decades of their existence, while some worlds and some forms have lived and died because of podcasts – true crime being a notable example – there is one industry that has struggled to work out its relationship with the pod-world: theatre. Of course, there have been theatre podcasts. Hundreds of them. At one point or another, pretty much every major theatre has attempted a podcast, from the National Theatre to the New Wolsey.

Most of these podcasts no longer exist, though. Some were only intended to run for a while. A lot of them were made to promote particular shows, then disappeared when that show’s run ended. Lots, though, simply fell by the wayside as the theatre industry chugged on, and their creators – like the theatre bloggers that boomed in the early 2010s – found that they did not have the time or money to keep riding the train.

Quietly, though, some podcasts seem to be staying the course. They seem to have figured out how to use the form to critique and comment on theatre – and are perhaps not far away from finding a sustainable model that will allow them to survive and thrive into the future.

On one level, the idea of podcasts is in conflict with the idea of theatre itself. Theatre is transient, live. It exists in the now, and, despite the fact that many shows are now recorded for posterity, it usually fades away quickly. What remains is a question, like, ‘Did you ever see that musical adaptation of Dostoyevsky’s Crime and Punishment set to the songs of Toyah Wilcox?’, usually followed by an answer, like, ‘No, thank God.’

Podcasts, on the other hand, live forever. Part of the joy of discovering a great podcast is catching up with its back catalogue as much as it is waiting excitedly for a new episode to drop. When it comes to theatre, though, that back catalogue concerns productions subsequently consigned to the history books. The question, then, is this: what should a theatre podcast be? What should it cover? What format should it take?

Most theatre podcasts offer reviews of some kind, whether formally (critics analysing a production as with something like Radio 4’s Front Row, a podcast version of the live radio programme) or more casually (a few mates discussing their favourite show, like Jim and Tomic’s Musical Theatre Podcast). A theatre review podcast risks building its own obsolescence into its format, though. Why would you want to listen to a podcast review of a theatre show that you will never see?

That perspective supposes something about reviews, though: that their only purpose is to convince you to buy a ticket to something that is on right now. In fact, reviews are so much more. They are partly a way of informing you when to part with your money for a show and when to keep it in your pocket – but they are also a more permanent inscription of a temporary thing. They are archive and insight, and it is that archival purpose that lends theatre podcasts focused on reviewing their value. Their permanence matters because of theatre’s impermanence.

That is also true also of the other popular type of theatre podcast, the interview format. This is where podcasting as a form really comes into its own. Podcasts allow for long form interviews that radio or print coverage could only dream of. They lend themselves to a more casual style. Take Andrew Tomlins’s West End Frame Show, a stalwart of the theatre podcast scene. It is always a lovely listen, but it also passes the back catalogue test with loads of fascinating episodes to dip in to.

There are some other theatre podcasts that major on their use of interviews as an archival tool, notably Theatre Voice from the V&A, which mainly consists of interviews with theatremakers, puts all its episodes into the V&A archives for future researchers, telling the story of British theatre over the past 20 years or so. Everyone is there: Sonia Friedman, Peter Brook, Mark Rylance, Belarus Free Theatre, Simon McBurney, Glenda Jackson. It is pretty phenomenal – but I would say that, since I am currently its producer.

In any case, we are used to the interplay of impermanence and permanence in theatre. We are used to creating something wonderful and moving on. We are used to conversations about shows that burned brightly for a short time then were never seen again. Podcasts – whether reviews or interviews – are audio incarnations of those conversations. They remain relevant, whether the show they discuss exists on stage or in memory.

There is, though, as always with theatre and theatre journalism in all its formats, an elephant in the room: money. Podcasts have always been free to listen to, so funding them poses a problem. When it comes to podcasts produced by institutions – like the Royal Court’s Playwright’s Podcast or the V&A’s Theatre Voice, for example, it is less of an issue. The cost of their production can be swallowed up somewhere in the institution’s budget. When it comes to independently made podcasts, though, things look a little different.

Anyone who has made a podcast will know that, although the equipment required is relatively cheap and accessible, the practice of producing one is actually extremely labour-intensive: a long process of finding interviewees or co-hosts, recording conversations, editing out the umm-ing and err-ing, optimising the audio, and uploading it online. To produce a podcast purely as a passion project, for no remuneration at all, someone would have to be really very passionate about it indeed.

The question, then, for independent podcasters, is how to make enough money through doing it to keep going. It took time, but a solution for sustainability in the wider podcasting world were eventually found in advertising and sponsorship. Podcasts never used to contain either but today, unless they are produced by an institution, they are flooded with adverts for everything from memory-foam mattresses, of kitchen box subscription services, or other podcasts.

There is a problem when applying this model to independent theatre podcasts, though. For advertising and sponsorship revenue to arrive requires audience figures that are, mostly, far beyond their potential listenerships. In other words, big mattress’ marketing divisions just do not see independent theatre podcasts and their limited audiences as a worthwhile investment.

Theatre, like it or not, is something of a niche interest, so theatre podcasts have niche audiences, so they will only ever be attractive to advertisers and sponsors who sit in that same niche, and that means theatre producers themselves, and those in related spheres. Currently, though, most marketing departments in the theatre industry lack the sophistication or the wherewithal to join those dots – and independent theatre podcasts do not get the advertising or sponsorship they need to survive.

Perhaps, though, things will start to change. The persistence and subsequent success of podcasts like The West End Frame Show is starting to turn heads. Perhaps it is not long before theatre producers and theatre businesses start to see the potential in podcast advertising – will start to see the attraction of speaking to an audience already intimately interested in the performing arts – and perhaps that will provide a sustainable model for theatre podcasters going forward.

In fact, we are already seeing the green shoots of this starting to happen: The Stage’s Seven Stages Podcast, which I produced, was sponsored by Audible. Its earlier incarnation was brought to you by acoustic consultants CharcoalBlue. If more and more businesses start to think along similar lines, who knows what might happen? But until they do, theatre podcasting will remain the preserve of the publicly funded and the uber-passionate.