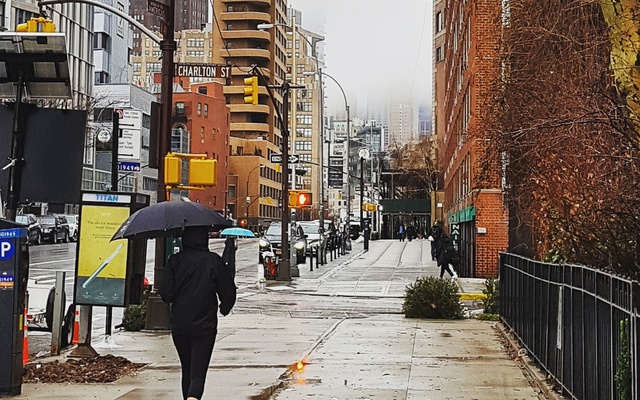 Over the Christmas break, as the news reported once-in-a generation extreme weather conditions on the East Coast of America and newspapers splashed pictures of snow drifts covering cars, I sat at my laptop in some trepidation, contemplating the trip I was about to take to New York City and its January theatre festivals. It was a trip I’d wanted to make for some time having seen some of the most innovative artists we work with cross the pond to perform at Coil Festival and Under The Radar. I was keen to experience it for myself, and once I’d discovered that two theatre companies we work with (both coming to the UK in 2018) were performing in The Public Theater’s Under The Radar I had the perfect excuse for a visit.

As a Londoner, I’ve always seen New York as a sister to my home city; big, bold, vibrant and uncompromising. I’d enjoyed previous visits for fun and seen the odd off-Broadway show, but hadn’t yet tried to get under the skin of the city’s theatre scene. And for anyone curious about American theatre, January is the time to go.

Under The Radar, programmed by cultural powerhouse The Public Theater (known for its Shakespeare in the Park seasons and as the original home of musical theatre behemoth Hamilton), is a good place to start. Shows are staged at the Public’s beautiful home (a former public library) on Lafayette Street, or in other venues nearby, including legendary experimental theatre LaMama. A mix of international and homegrown artists, the festival bills itself as a launch pad for new and cutting-edge performance. Over the years, it’s hosted companies such as Elevator Repair Service, Gob Squad, Belarus Free Theatre, Guillermo Calderón, and Young Jean Lee. This year, Dickie Beau was among the international shows on offer and the Nature Theatre of Oklahoma was a hot ticket. Legendary performance duo (and Mobius clients) Split Britches were at LaMama with their latest production, the Dr Strangelove-inspired satire (UXO) and US/UK company Wilderness were appearing in Incoming!, Under the Radar’s showcase of emerging artists with Our Country, which draws on the Antigone myth to explore ideas about contemporary America and freedom. The Public Theater, housed in a former library in Lower Manhattan, is a welcoming place for audiences and artists alike and the programme consists of varied and high-quality work from around the world.

American Realness, held in the Lower East Side’s Abron’s Art Centre is an altogether grungier affair – but none the worse for it – offering an experimental programme that draws heavily on dance and live art with an emphasis on queer and diverse perspectives. Adrienne Truscott and Clare Cunningham were among the artists in this year’s festival that will be familiar to UK audiences – others were less so, in a programme that foregrounds unheard voices and ideas.

Now in its sixth year, the Prototype festival features experimental opera and music theatre, with artists from New York and further afield, showcasing companies with an edgy, high-tech approach to opera.
Sadly, there was one festival I had to miss: Performance Space 122’s Coil – clearly popular, it was already sold out across all shows before I set off for my visit - but has in the past featured work from Penny Arcade to Chris Thorpe, with an emphasis on the interdisciplinary.

While I didn’t attend myself it’s instructive to note that during January, NYC also hosts the annual Association of Performing Arts Professionals (APAP) conference, a trade fair for producers and presenters from the U.S and all over the world. That the city is filled with people with the potential to offer a future to the shows being staged undoubtedly adds a frisson to the atmosphere of the festivals - in some ways reminiscent of the Edinburgh Fringe - where dreams can be made and broken over the course of a run. In this case, all played out on the streets of a city that never stops feeling like a movie set.

In between shows, in dimly-lit bars, in bright restaurants and cosy diners, over cocktails, and pasta and bottomless coffee, I met with producers, journalists and artists in an attempt to map the theatre landscape of this vast, intriguing city. I met people who were friendly, forthcoming and passionate about their work. Access to theatre, and especially ticket prices, in a country with next to no state subsidy was a concern for many – it often cost $90 per ticket for an Off-Broadway show.

I’m sure there are other festivals and other theatres I neglected in my brief five day visit, but there was plenty just with these to learn something about contemporary American theatre. I saw shows I loved, shows I didn’t understand at all, and I met countless interesting people with things to say about theatre and the world we live in.

And the weather? Well, there was snow on the ground when I arrived at my Brooklyn digs but the worst of it had passed. Although I soon learned that gloves are essential when the mercury dips below minus 7 if you don’t want your hands to fall off. But the Subway ran without interruption, the shows went on and I made it home unscathed. 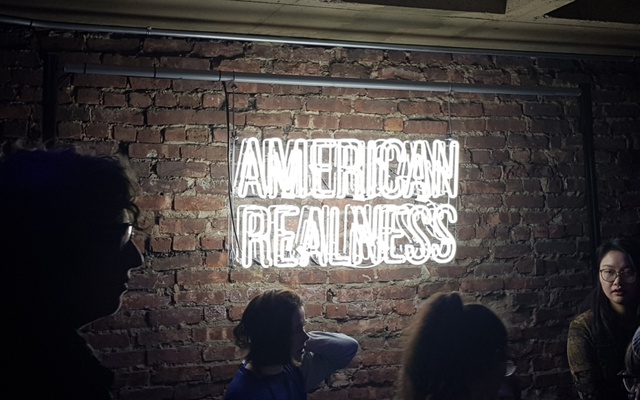 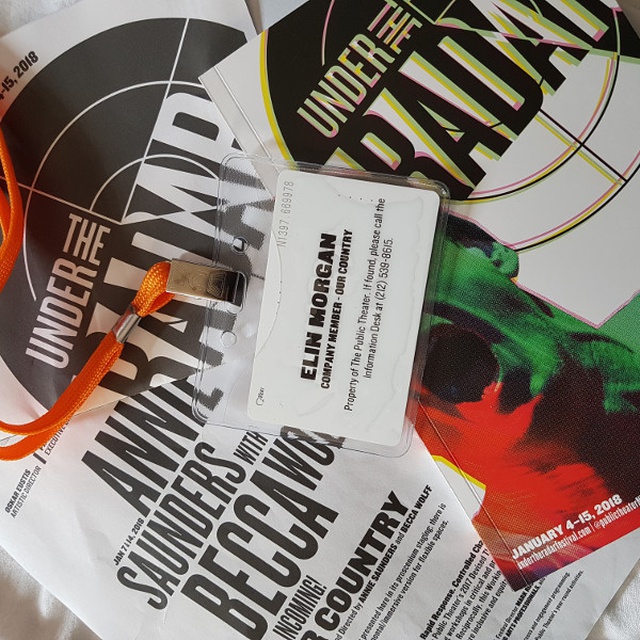