I dread being asked ‘what do you do?’. The answer used to be straightforward. “I’m a journalist,” I’d say with a pride bordering on arrogance. “Oh,” they’d reply, “what do you write about?” “Theatre,” I’d say, invariably followed by some lame joke about how covering the West End was hardly akin to being a war correspondent.

Recently however the question has become more difficult. As a freelancer my days comprise a mixture of journalism, marketing, consultancy, fiction writing and childcare. “I do lots of different stuff,” is the only way I can accurately describe it, conscious I sound like a directionless jack-of-all-trades.

But I comfort myself that I’m far from the only journalist now struggling to define my career. Like many I’ve had to adjust to a portfolio approach because the things people will pay me to do are increasingly fragmenting. My proverbial hat stand is fully stocked for any occasion. Need a podcast? No problem. Social media strategy? Tell me about your channels. Blog? I’ve got just the subject. It’s the gig economy way.

And I’m coming round to the idea that this is probably the future for anyone who wants to write about anything for a living. Especially in the arts. After all, the days of critics and showbiz correspondents earning fat salaries while dining out on expense accounts and anecdotes are - so we’re repeatedly reminded - long gone. But I refuse to feel gloomy about it. I see that era as exactly that - a moment in time. An epoch that has ended. 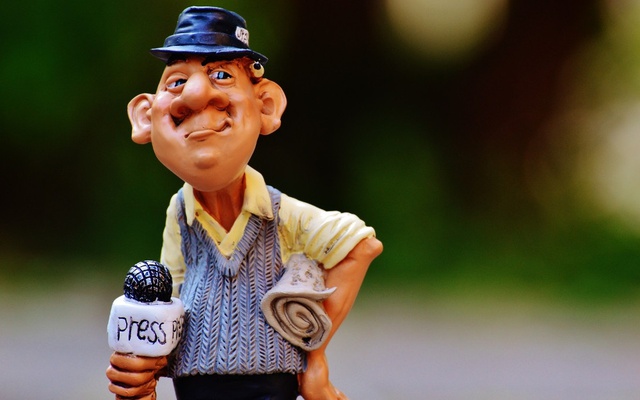 We’re still working out what comes in its wake, and this process can be daunting. But green shoots of opportunity are beginning to emerge. Many of the jobs I do now did not exist when I started out (this guest editor post being a prime example). And although much of the work I produce doesn’t sit in the bracket of traditional journalism, it’s worth pointing out that the fundamental purpose of any piece of editorial content, whatever its source of patronage, is the same - to attract and engage a readership.

Everywhere you look lines are increasingly blurring when it comes to who commissions what. And it’s no different in theatre, where those who market the productions are coming round to the advantages of a journalistic approach. Just look at the Royal Court’s playwriting podcast; or the video features produced by the National; or Kneehigh’s behind-the-scenes cookbook site.

I would never suggest that promotional material can or should take the place of independent journalism, for which I hope sustainable business models can be found. But the fact is that when traditional press avenues are shrinking, the onus is on the venues, companies and artists themselves to fill the void. And this is a process journalists are ideally placed to aid; after all, producing engaging and relevant reportage for a public audience is in their DNA.

For better or worse, the internet has created a landscape where anybody, anywhere, has a platform to publish. We’re still working out the rules and the boundaries, and the old models are having to fight hard to adapt and compete. But as early adopters we have the unique opportunity to be pioneers, and it’s in this spirit we must go forward if we’re going to make this work.

So the next time someone asks what I do, maybe I’ll say “I’m a pioneer, carving out a path through the digital wilderness that generations of arts journalists will follow in the future”. Or perhaps I should just stick to “lots of different stuff”.