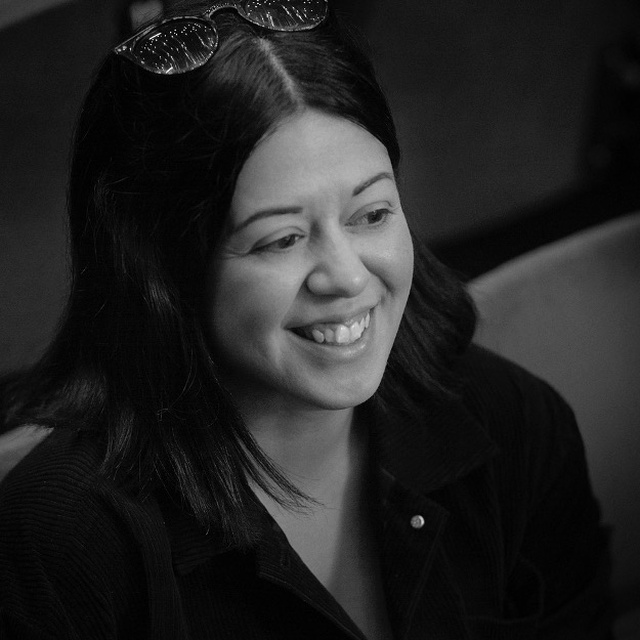 This is the third and final article commissioned by Rosemary Waugh as Guest Editor of the Mobius blog and celebrating theatre outside of London. Following Tracey Sinclair’s personal reflections on returning to Newcastle and its theatre scene, Maddy Costa interviews Amy Letman, independent producer and creative director of the Transform festival in Leeds.

Letman is on a mission: to transform her city into a thriving home for local and international artists alike. She discusses creating the right festival for the city and the run-up to Leeds 2023.

As Creative Director of the Transform festival, Amy Letman is becoming one of the key voices in Leeds' cultural resurgence. So it's odd to discover that she moved there by accident. Like most people hoping to build careers in theatre, she started out in London having studied at Goldsmiths, but found: “I couldn't navigate it – I wanted a smaller artistic community.” Already friends with the company RashDash, she spent Christmas 2010 with them in Leeds, around the same time that West Yorkshire (now Leeds) Playhouse was looking for a new producer. Letman applied – despite never having heard of the building before her boyfriend's dad showed her the job advert – and admits: “When they called to say they'd love to work with me, I was waiting for them to say, 'but clearly as an intern'.” She signed up for a year's contract, with particular responsibility to produce the 2011 Transform festival, and has never looked back.

She does, however, occasionally look across. With Manchester building its Northern Powerhouse reputation, of course she's tempted sometimes to “go and be a producer at Manchester International Festival and have a nice salary and get to work with all those amazing artists”. But she takes her inspiration from Dave Moutrey, chief executive of Home: “I feel like he's stuck to his guns and gradually grown that. He hasn't left: he's stayed there and he's changed Manchester. So maybe I could be a part in starting something here.”

What she's starting is ambitious in its own right, but also ambitious for Leeds. The Transform festival was initially designed as “a change project for the Playhouse”, an attempt to bring new life and ways of working into a building focused on its main stage repertoire of established classics. Letman was key in beginning relationships with RashDash, Chris Goode and Selina Thompson, among others, but quickly began to see the potential in the festival as “a change project for Leeds”. It's now “an organisation with its own mission: it's very much become about international work, and about supporting local artists to create shows”.

The international programme, she argues, helps to differentiate Transform from “quite a lot of newer festivals that are presenting work by a range of UK artists”, and feels particularly important in a city that is “landlocked. Leeds is right in the centre of the UK, so we should be making much more of an effort to bring people from round the world to this place – making Leeds a meeting point for people from all kinds of cultures.” Taste comes into play here too: “Personally I'm really drawn to work that isn't text-led and feels more positioned in that European form of theatre making,” and so the 2017 Transform festival featured work from Germany, Belgium and Spain, as well as a “Eurotopia” club night curated by Leeds' Live Art Bistro.

At the same time, supporting local artists is vital – and long overdue. Letman has seen several artists leave the city, feeling they lacked the opportunity to develop, with the departure of RashDash hitting her hardest of all. “They got a great offer from Manchester Royal Exchange to be an associate company, there's great finances involved, great support. How can Leeds do that? Leeds is a great city for people to scratch ideas – but once you get to a certain scale, you need space and you need money and you need tech. You can't stay for a two-year festival or a lively DIY space. We need to have what artists need, which is commissions and physical space. Until we have that, artists will keep leaving. I've seen it and now it's my responsibility to change that.”

For Letman that responsibility aligns exactly with the aims of Leeds 2023, the city's commitment to a year of cultural activity, forged when the UK's proposed departure from the EU also pushed Leeds out of the European Capital of Culture competition. “I've realised that the politics of the city, and who's in charge, are critical. We have a female leader of the City Council and she has kept culture in her portfolio – which is also what's happened in Manchester, they've decided to lead with culture. It's all interwoven.”

Increasingly Letman is taking advantage of the opportunity to “quite immediately get up close to very senior people from different sectors”, not least property developers. The redevelopment of Leeds Playhouse has brought home to her the lack of performance space in the city, and she feels hopeful about the fact that: “You can be talking to someone who is developing a whole region of the city, and say: have you thought about culture? You start to see yourself in a city planning role, or working with city planners hand in hand on what the city could look like.” This in turn affects her work: for Transform 19 she's programming a project on “development of cities, gentrification and how to unlock cities. So you can look at this artistically but also in terms of policy and politically.”

That said, there's still a hierarchy within Leeds that frustrates her. Transform works closely with Live Art Bistro: “We're collaborators, we're allies and we're friends and we make stuff happen. We talk a lot about how we can unite, and what it would mean if we both went to a meeting rather than one of us individually.” Along with Slung Low, “we're starting to grow in confidence where we can maybe approach a large organisation as a sector”. But she feels they're not sufficiently involved “in the bigger-picture conversations” – especially around how City Council funding is distributed. “We have a system where three or four large organisations get maybe half a million and the rest of us are on £4,000-£12,000. That's not sustainable for a healthy ecology. And the change needs to happen now – not in four years' time.” Leeds 2023, she argues, offers a tangible opportunity to “create the infrastructure artists really need. And that's why I'm here.”

Maddy Costa writes about theatre and performance, online, in fanzines and in collaboration with other writers/artists, including Andy Field on the Tiny Letter project Criticism & Love. Together with Mary Paterson and Diana Damian Martin she is a founder member of the experimental writing, performance and dialogue collectives Something Other and the Department of Feminist Conversations, interrelated projects that think politically about performance and performatively about politics. Theatre-makers she has worked with as dramaturg include Harry Josephine Giles, Selina Thompson, Jamal Gerald and Paula Varjack. She co-hosts a pop-up theatre club - like a book group, but for performance - across London.