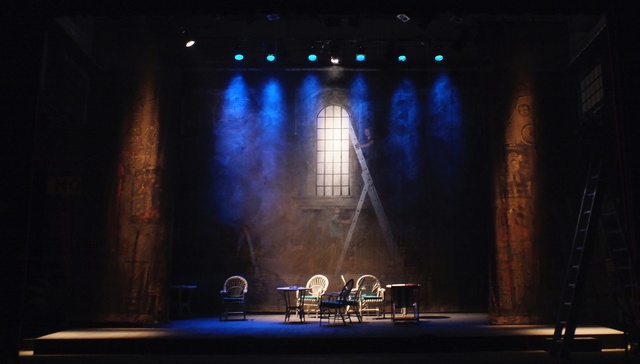 In the first piece in her new cost-of-living series, she speaks to two venues about the difficulties facing the arts.

Performing arts venues are still trying to recover from Covid and the effects of Brexit, but now the cost of living crisis is delivering a fresh blow, affecting theatre venues, studios and rehearsal spaces, not to mention freelancers, performers and minority and marginalised groups working within the performing arts.

While the effect of rising energy prices on the hospitality industry has been well-publicised, there hasn’t been much ink spilled over the crisis that’s looming in the theatre industry. I could only find this brief, illuminating discussion on Front Row, and tangentally, Fergus Morgan’s excellent piece on the growing expense of taking shows to Edinburgh and the pressure on working-class theatre makers.

But the effect of the rising cost of living is just as real for theatre as it is for other industries, and may even have a greater effect because utilities and build costs represent such a high proportion of the running costs of a theatre venue.

Eleanor Lloyd, speaking to Front Row in late September on behalf of the Society of London Theatre, said theatres are expecting their energy costs to rise to at least 50 percent higher than the previous year.

The utilities support for small businesses is now only planned to last until April and as businesses with long lead times, it's impossible for theatres to plan ahead.

Usually theatres go out to tender for their utilities, but at this stage, no alternative suppliers are bidding, which effectively creates a monopoly where suppliers can set their own price, holding venues to ransom.

Jez Bond, founding AD at the Park Theatre told me that their electricity bill has gone up by 70 percent, and counts the theatre as lucky to have secured that deal, “Rather than two or three times as much, which we’ve heard in other cases.”

“It is pretty terrifying,” says Bond. The amount they have to raise each year (they are a charity) to keep the doors open has already risen by £100,000.

On top of that, there was an exodus of good people from the industry during lockdown which is still continuing.

“It took 12 phone calls to find a stage manager – many had moved out of London or given up theatre altogether. It’s also noticeable in hospitality. You couldn’t get waiters and chefs for the bar either and we used to open in the day but now we’re only open for showtimes,” said Bond.

Trying not to push those huge costs onto the public and the communities that theatres serve will be a challenge.

The net result is that theatres will have to scale back, limit their ambitions and take more safe bets.

Beth Byrne, CEO of Shoreditch Town Hall explains they are presenting a deficit to their board rather than hiking up prices for theatre-goers and they are programming in a risk-averse way.

“We are looking at the sort of work that still upholds our values but isn’t a huge ensemble piece. It’s comedy, talks and huge numbers of two or three-handers or when you look at Christmas, it’s ‘A Christmas Carol’, because people are turning to shows that will still cut through.”

Theatre is a sector that has proven it can exist on a shoestring, because it is fueled by passionate individuals who recognise its value and work incredibly hard. But this fresh wave of pressure might prove too much, if government doesn’t step in.

“We are such a resilient, adaptable, flexible industry and investing in that reaps dividends,” says Byrne, “but that £1.57 billion that went into helping the theatre sector only carried companies over for six months – and now we need that again.”

While I’ve taken a focus on venues in today’s blog, over this series we intend to look at the effects of the cost of living crisis on three main areas; the next blog will investigate the effects on marginalised groups in theatre, then we’ll look at three case studies of how freelancers are coping or not coping with the cost of living crisis, and thirdly, we’ll try to find solutions – what needs to change and what help can realistically be given to help the sector. The reduction in VAT offered by the government during Covid did benefit venues and the Society of London Theatres is asking for that to happen again, along with a reduction in business rates and theatre tax relief. These might provide solutions, but at present, the situation seems unsustainable.