How Creative Access is Kickstarting a Pathway Into Creative Industries 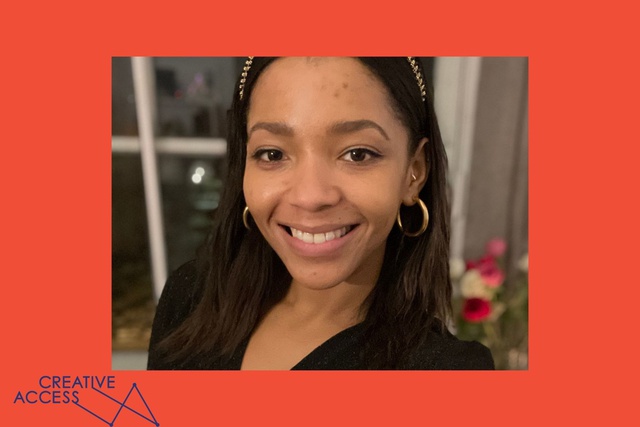 Yasmin Hemmings currently leads on the Kickstart Scheme at Creative Access, a leading social enterprise working with employers and employees to create a more inclusive creative sector through recruitment, training and development. Before joining Creative Access, she worked as a producer and project manager within the education teams at the Barbican, Philharmonia Orchestra, English National Opera and London Symphony Orchestra. Here she talks to Mobius about Creative Access’s involvement in the Kickstart Scheme, and the impact that it’s had on the creative industries.

The Kickstart Scheme was launched by the Government in late 2020 in the wake of Covid-19, with the aim of helping young people at risk of long-term unemployment into work, as well as supporting Britain’s economic revival following the pandemic. £2 billion has been committed to the scheme, which provides funding for employers to create new six-month entry level roles which are open to 16-24 year olds claiming Universal Credit.

When the scheme was announced, Creative Access quickly decided to become a Kickstart Gateway – meaning that we act as an intermediary for the Department for Work and Pensions, helping employers to apply for Kickstart roles and then providing a training programme for the young people placed into those roles.

“Kickstart helped us train someone into the role who otherwise may have faced barriers into theatre.” Employer quote

Getting involved with the scheme felt like a natural step for us as an organisation as we know that young people are amongst the worst hit by financial crises, and that unemployment can have longstanding implications for their future jobs and wages.

Findings from our On The Verge report, which was conducted in June 2020 to help understand the impact of Covid-19 on emerging creatives, showed that:

- 40% had been furloughed, made redundant or had work cancelled or postponed

Cultural and creative employers were also hit hard by the pandemic, with many suffering a significant loss in revenue having being forced to close their doors during lockdown.

By becoming a Kickstart Gateway we wanted to support young job seekers in the Creative Access community and beyond, as well as helping creative employers looking to bring in new, diverse talent.

- We have had over 400 Kickstart roles approved

- At the time of writing (December 2020), 200 young people have started in Kickstart roles through our Gateway

- Nearly 70% of people finishing Kickstart roles through our gateway have been kept on by their employer, found employment elsewhere, or gone back to study.

- We are working with 142 employers across the following sectors:

“It's been a brilliant way for us to get someone new in with little risk. They've proved to be an excellent member of the team and proved their worth for a permanent role.” Employer quote

The scheme has offered a lifeline to a number of employers within the creative industries who otherwise would not have been able to offer these entry level roles, and has enabled organisations to access young talent that they wouldn’t have found outside of the Kickstart Scheme, and removed some of the barriers of entry to the creative industries.

On a more personal level, it’s been a real pleasure to get to meet all of the people we place into roles as part of our Kickstart training sessions, and to see how they develop over the course of their roles.

“I really appreciate the support from the Creative Access team over the last few months. The workshops have been immensely useful” Kickstart quote

That’s not to say that the scheme has been without its challenges, though. Given that it’s not just young job seekers that have been affected by the pandemic, I would’ve been keen to see the age range for the scheme expanded beyond 16-24. There was also a concern that many of the young people who secured Kickstart roles might return to unemployment at the end of the 6 months, but we’ve been pleased to see that nearly 70% of people finishing Kickstart roles through our gateway have been kept on by their employer, found employment elsewhere, or gone back to study.

Annabel Burgham is the Kickstart Distribution Assistant at Mobius Industries, and said, “I feel very fortunate to have found myself a Kickstarter position at Mobius Industries. The scheme is a wonderful way to be eased into a full-time work role with constant support behind you all the way. At no point have I felt lost or confused, and even if I had I would be confident that any emails or calls would be quickly responded to! The scheme is very well organised and I would definitely recommend it to young people looking to get into the creative industry.”

Alastair Norton is the Kickstart Communications Assistant at Mobius Industries, and said, “Kickstart has been a lifeline for me, following the aftermath of the pandemic. Through the unique and innovative roles on offer, the scheme truly provides a gateway for people 16-24 and on Universal Credit – no empty promises, no fine-print. The role at Mobius has been a wonderful step in my career, and one that I’m happy will continue past the end of the Kickstart role.”

Beyond the Kickstart Scheme, Creative Access are continuing to develop programmes which support talent from under-represented communities who may be facing challenges to entering or progressing within the creative industries. In November we launched a Career Development Bursary in partnership with McLaren Racing, which will support people with financial grants as a means to overcome some of the cost barriers to entering or progressing within the industry.

You can find more about the work that Creative Access do here.