What the F*** Does A PR Company Do Anyway? 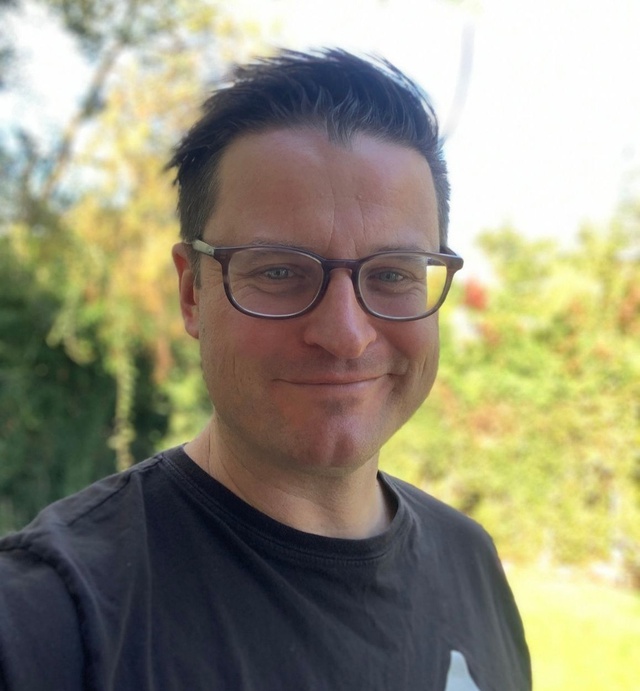 Maybe you've already read our birthday pieces from Lyn Gardner, Elin Morgan and Amber Massie-Blomfield: if not you can have a read here, here and here.

In this piece, Dan Pursey, founder of Mobius, celebrates by looking at what Theatre PR actually does...

Dan now lives in Los Angeles where he writes film and TV.

You could hear it in people's voices when they first called up. They knew they had to call. They just weren’t sure… why…

We have this show, they'd say. Can you help get the word out? I'd love to, I’d say. We’d then talk about things like when the press night should be. Due to some ancient rite of theatre lore, this is almost always on a Thursday (if Off West End venues could figure out how to do press nights on Mondays, their press coverage would improve immediately, I guarantee it)*.

*[Some theatres have now figured out how to press nights on Mondays. It did improve their coverage. - Ed]

Then we’d also talk about things like what to put on the flyers and posters (faces, with eye contact if you can) and where to put them (locally, and at similar venues) and debate the paradox of needing to have photos of the show before anyone has started rehearsals (I don’t make the rules here) and then as the conversation winded down and everyone talked about how excited they were about everything, I’d ask if they had anything else they wanted to know. And then there was a pause, as they searched for the right words, which was always some polite version of "...and what the f*** do you actually do?”

I don't blame them. PR doesn’t have great PR. And, like drain clearance or gall stone surgery, everyone is pleased it is happening but no one needs an overly detailed account. Long ago, I asked myself the same question. My calling to theatre PR came during an argument with that Mehmet Ergen in the early days of Arcola. Once again we bemoaned low ticket sales and the normal excuses piled up: location, transport, our box office was a volunteer with an increasingly illegible notepad. Finally, Mehmet said “and no one is doing any PR!” “Fine!" I said, “I’ll do it!” Settling on that carefully thought out career path after all of twenty seconds, I went off to Google what the f*** that was.

It turned out early days Arcola PR was mainly putting up posters and leaving messages on Michael Billington’s answering machine and anyone else who had a phone number that still worked from an increasingly out of date list. Every now and again though, a breakthrough was made. Mehmet's programming was ingenious, with an almost insatiable appetite for risk that thrilled audiences. People came, exposure grew and step by step an old textile factory because a living breathing venue.

When I started working in theatre I wanted to be a Director, but during my time at Arcola I realized a) that was really hard and b) I was more and more interested in how a theatre reached out to talk to its community. To that end, PR work had great meaning for me. It was about how theatre lived and thrived in its local area, why people left their homes to come to it, what they wanted to see.

I started Mobius 18 years ago because of this question of outreach, and the need to find connection. I could see there were a lot of people who were making great work, but didn't know how to tell an audience. Often quite literally (newsflash: send a press release. For bonus points, put the dates and times on it). I told myself that every press release I wrote was a small act of outreach, a tiny step forward for work hitherto unknown to to world. An attempt to connect, to find an interested reader, to understand. Nothing about getting people to see theatre is easy, especially if you are dealing with new work. Every day is a fight for new voices to be heard, a fight to get people to go where they've never been before, to try something they've never seen. A fight hold the sign up saying OVER HERE! THIS!! YOU HAVE TO SEE THIS!!! A fight to shine light through the dark. A fight for air, for survival.

Keeping this fight up is what the f*** a Theatre PR agency should be doing. Now it’s needed more than ever. I live in the US now and Britain, I don’t know if you've noticed but you guys have a lot of theatre there. Like waaaay more than anyone else. Yet only the tip top tip of the iceberg gets seen and talked about in the country's media (remember what I said about the Monday press night thing). How there isn’t a weekly pullout section in every broadsheet that focuses on live performance across the country is a god damn mystery to me. But I digress.

To have this fight we have to wake up every day and constantly reevaluate what the f*** a PR agency does and what it should do. We have to be working on addition - building, including, reaching out to bring in.

First, as an agency we should be like agents - agents of connection - bringing people together who can benefit from each other, finding space. Not every act has to result in some measurable column inches. We should help conversations, contacts and networks into existence. We should be finding ways for people to talk, connecting people who can help each other, of like minds, skills sets, tastes, goals.

We should be recruiters - supporters of those who write or want to write about theatre, professionally or not. Press nights aren’t just ways to get reviews, they are ways to draw people into the tent. Let’s find new voices, and old ones who want to do new things. More please, from different circles - different disciplines, geographies, ages, backgrounds and perspectives. We should develop new media channels, embracing the diversity of platforms and the modes of coverage that are available.

We should be commissioners - find ways for coverage to happen that innovates, or is outside of the normal slots or page layout. And when I say “ways” yes I do mean “money”. We can’t sit around and wait for someone to commission what we want to see, we have to make it (pay for it to) happen. A PR company paying for editorial? Relax, this isn’t the Shopping Channel - readers are sophisticated and no one wants to churn out advertorial. Let’s be grown ups and help bring into the world writing we believe in and know readers will want to see.

We should take inspiration from producers and be there with all of our eighteen years experience to help, advise and support young, new companies (and yes, again, I do mean money). We should be helping to build companies and artists that we can enjoy an ongoing partnership with. Give new people a leg up, and look forward to watching them grow. We should be there as a resource from the start of development, not just once the run is in the brochure.

Finally, we should be friends. It’s a small industry, it’s in everyone's interest to sustain and nourish it. Hopefully we'll all still be here for the forseeable future, and we’ll need friends who can be counted on for honest advice and support.

Congratulations on making it to 18, Mobius, I can't believe you're old enough for your first ever drink... Keep the questions, keep the fun. Stay young. What the f*** do you do? The possibilities are endless.