From our Guest Editor: Playwright Dawn King on success and failure 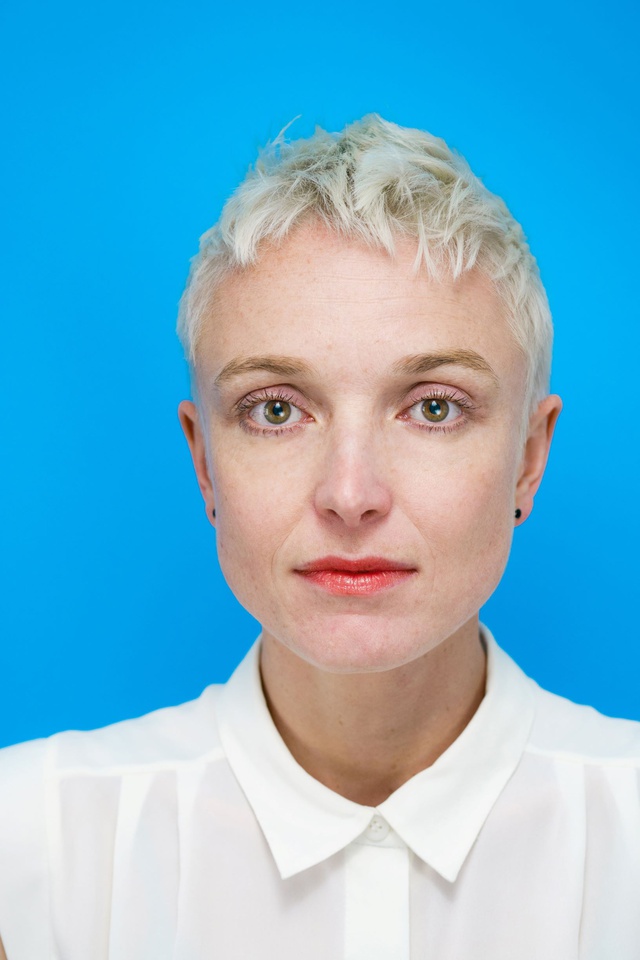 Following on from Josephine Balfour Oatts’s article on how pressures to be successful can have inevitable poor consequences on our mental health, the third and final article commissioned by Samuel Sims as Guest Editor of the Mobius blog considers what happens when you ‘get there’. Playwright, Dawn King may be deemed ‘successful’ and ‘established’ but here she tells us that the inner-struggles never stop and how it is imperative we are open to failure.

The article returns to a theme first touched on in the Mobius blog with Hannah Khalil’s article last year on the increasing impossibility of making a living in theatre. The working (and personal) lives of freelance creatives can often feel like a daily battle and it’s great to be able to add the thoughts of a playwright who has achieved as much as Dawn has to the conversation.

When I was a newbie playwright learning the ropes at the Soho and Royal Court Young Theatres Writers’ Programmes, I considered the impossible seeming feat of just getting a play produced to be a sign of huge success.

Later, when my play Foxfinder won the Papatango New Writing competition and was produced by Papatango at the Finborough in 2011, my hopes were that it would sell some tickets and get some nice three/four-star reviews. Or just some reviews (I had already had other shows with shorter runs that weren’t reviewed at all.)

At that time, the ultimate success as a playwright, to me, was that somehow by some miracle I would be able to earn a living from writing. Surely, when Foxfinder was well reviewed and sold out, and later won some more awards, making it a success past my own expectations, surely that would mean I would soon be able to quit my part-time job as an usher in a cinema? Ha ha, no, that’s not what happened. And from this I learned that success does not always pan out in the ways you might expect.

A brief digression for a little context. I was the first person in my family to go to university, I had a full grant for my degree and a little later, a full grant to study an MA in playwriting. I worked in a cinema for ten years to pay the bills, and now I earn a living from writing (and a little teaching.) Does that make me a success? Well, yeah and I want to acknowledge and apologise to all the people who will be reading this and will instantly hate me for this very reason, thinking ‘God I wish I had her problems’ or ‘How will that ever be me?’ Well, I used to be you.

If I’m successful I’m also lucky. I was fortunate to have been born in this country, in a supportive family, able to access a free education, with supportive mentors and friends and to have enough mental and physical health to be able to keep going.

Several years (or a decade) down the line from that unexpectedly successful production of Foxfinder, I’m at a prize giving ceremony for a prestigious award. (The James Tait Black, the BAFTA, the Susan Smith Blackburn...) I’m nominated, but I don’t win. I watch someone else make a speech and take home the prize. Does the fact that I didn’t win make me a failure? Or am I a success because I was shortlisted?

Perhaps there is no ‘real’ answer to this question, but you can see that one way of looking at these situations will turn your head inside out. The other way could have a positive impact on your mental wellbeing. I think this applies whatever stage you are at in your career.

Success is unreliable and potentially fleeting. That’s perhaps why it can be hard to acknowledge it; ‘If I name it, it might disappear!’ Success is also in the eye of the beholder. You may never feel particularly successful even when others think you are.

There’s always someone less successful than you and always someone more so. Think you’ve made it because you earn a living from writing? Consider an interview I heard on BBC Radio 4’s Front Row recently with Lin-Manuel Miranda, famed creator of Hamilton, who said, “The way I think about the success of Hamilton is, I now actually have the freedom to only do things I’m passionate about.” Now that’s a level of success most of us can only dream of.

Personally, I noticed that the definition of what I considered a success kept changing as expectations got higher. Your play is being produced? Great. You need four and five star reviews, to sell out, an instant transfer and preferably to win an award for said play. Being paid to write a film? Great. You need to get that thing made, be critically acclaimed and win a prize at Cannes… Etc. Etc. Anything else is abject failure. If you’re defined or define yourself solely according to success at what you do, you’ll be stumbling from highs to crashes your entire damn life.

I recently read the brilliant book The Chimp Paradox by Professor Steve Peters. It explains the brain, and how it might be controlling you or making you miserable. One of the sections is about how we judge and value ourselves according to things like attractiveness, earning capacity, material goods, high status jobs, Etc. Instead, Prof Peters recommends choosing what you want as your definition of success.

As suggested in the book, I made my own list of things I wanted to judge myself on. Things like, ‘I want to be a generous and inspirational mentor to my students. I want to be a decent human who tries not to be a twat. I want to write stories that matter to me’. Trying to judge myself more from this self-chosen success list has really made me a lot happier and therefore more able to keep going when things are hard (and therefore may help me be ‘successful.’) It’s worth trying and again, I think it applies wherever you’re at in your career.

In terms of your work, you have to make your own definition about what success is and this can help guide you as you go forward. Is it showers of praise, critical acclaim, money? Is it making work that matters to you, experimenting with the form, telling a story that you care about passionately? Is it making work with a particular group of people, or for a particular audience? Not all of these things will always be compatible.

To eventually be ‘a success’ at anything, you have to fail. A lot. Every time you fail, you’ll learn something. Don’t be scared of falling on your face but don’t ever risk anything you can’t afford to lose, like all your money, your mental or physical health or your important relationships.

On a final note, people may think, ‘she’s a successful, West End produced playwright! She must have tonnes of theatre commissions and be rolling in money!’ Nope. I can pay my mortgage for two reasons:

1. My theatre work is produced by amateur groups and abroad. I’m particularly popular in Germany but have had productions in multiple countries and multiple languages. There was a German production of Ciphers in January and there’s a Polish production of Foxfinder coming up this summer. Again, this is an unexpected success, which I didn’t plan for, but those cheques have helped me out of many a financial black hole.

2. I also work in film/telly/VR and spent the same amount of time and energy building this aspect of my career as the theatre side.

Theatre in this country does not pay enough to live on unless you are very, very successful (and lucky.) Diversify your writing for financial ‘success’! That said, I love writing plays and I love theatre. Creative fires that start on stage can burn for a long time.

I wish you all the ‘success’ in the world out there. Here’s hoping we all stay lucky.

Dawn is an award-winning writer working in theatre, film, TV, VR and radio. Dawn’s work for the stage includes FOXFINDER, originally produced by Papatango Theatre Company in 2011 and revived in the West End in 2018. She won the Royal National Theatre Foundation Playwright Award 2013 and Most Promising Playwright at the Off West End awards 2012 and won the Papatango New Writing Competition 2011. Dawn’s short film THE KARMAN LINE won 17 awards including the BIFA for Best Short and was BAFTA nominated in 2014. @wiggedy

If you'd like to keep up to date with all our blog posts, important and exciting stories in the worlds of theatre, arts and media, plus job ads and opportunities from our industry friends, sign up to our daily media briefing at this link.