The Politics of Theatre and the Theatre of Politics 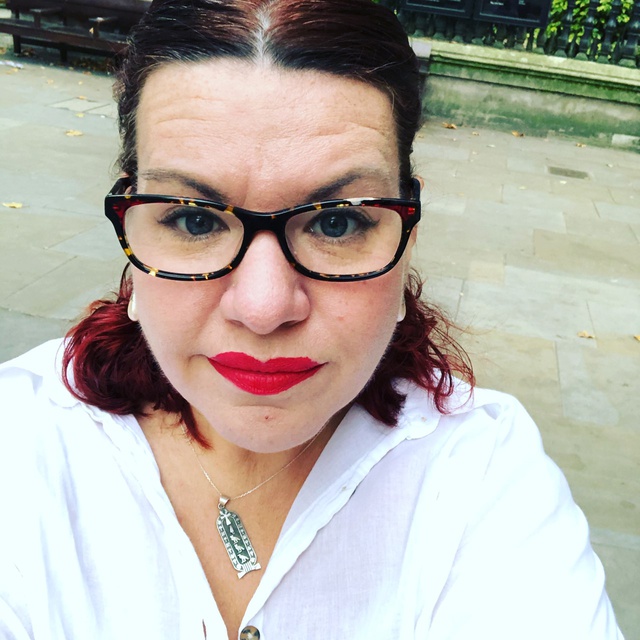 Emma Burnell looks at the interplay between theatre and politics as she introduces her guest editor series for the Mobius blog. Should politics be exactly represented in theatre or should we leave that to the politicians? And in this week of all weeks, do we really want theatre to reflect politics as it really is?

Emma Burnell is a Journalist, Political Consultant and Playwright. Her first play, No Cure for Love can be seen here.

There’s nothing quite like the theatre. That live experience of sitting in a crowd of strangers as we are brought together through emotion, engagement and illumination. At its best theatre can inspire and move us. It can also hold up a mirror to the world around us.

However, that can be problematic. Do we want theatre that reflects the world as it is – with its ingrained prejudices and systemic injustices? Or do we want to show a world that is possible? Where such things do not exist and what that would be like?

Some say that the latter is theatre’s greatest strength. That imagination allows us to run free and see possibilities that reality currently doesn’t allow us. Others though would argue that this fantasy world is a cop out. That in removing painful truths we also remove the veracity that art is there to expose.

There are those who will say this moment of reckoning must come with examining the corruptions of our hearts and minds at all levels. However, there is also a danger that in seeking to show this world, we also – by necessity – replicate it, meaning our theatre has more high value roles for old, white men just as society does and women are reduced to beauty first – there to be a muse – not to amuse.

What is the role for critics in this discussion? I am increasingly surprised by reviews I see which are negative, not about a play’s calibre, but about the problematic things deliberately put in the mouths and actions of problematic characters. All too often, what I see is a theatrical replication of the ‘Lolita problem’ where the point of the text is to highlight the character’s flaws – not to support, celebrate or champion them, but the reaction is to the flawed behaviour – not a critique of its portrayal or an examination of its role in the action.

For me this loses the point of drama. Our monsters will sometimes have charm. Our heroes must inevitably have flaws. How else are we to see their ultimate humanity? So as critics, it is not our role to judge the characters but the setting, the action, the words and the message. Are the flaws realistic? Is the behaviour artistically justified? Is the seductive charm important to the character or a deceptively easy short cut?

As a critic whose day job is to write and think about parliamentary and party politics, I am often sent to review theatre that is overtly political. The people I review for trust me to have an understanding of what is being depicted and perhaps a deeper sense of the ebb and flow of politics.

This too can cause problems. Playwrights are not (and should not be expected to be) experts in parliamentary procedure. Their priority is to move the drama along and examine the truth beneath. But sometimes, a piece will have something happen that is so utterly implausible that it can remove me completely from the drama. When that happens it is hard to return to my critics view, without my political mind itching to interrupt like the annoying man in a meeting shouting “point of order, Chair” every five minutes.

Recently, of course, real life politics has started to resemble the kind of play that a few years ago I would have panned for being unrealistically awful with lead villains such as Boris Johnson, Donald Trump, Vladimir Putin or Jair Bolsanaro. No one would once have dreamed of writing political satire with events such as the Prime Minister being caught having an illegal party then appointing someone to investigate that who had done the same. I would have dismissed such action as too frivolous in its depiction of those who – whatever their political persuasion and however much I agreed or disagreed with it, were simply trying their best. It isn’t the worst outcome of Boris’s reign at Number Ten, but I will have to adjust my expectations downwards and allow writers and directors a free pass to do the same.

We all choose the theatre we attend, based on our own tastes and expectations. That means we self-select and so will often find theatre that reinforces our views. I am, like so many others in this world, a lefty liberal metropolitan. I don’t struggle to find things to reinforce my world view. But should it be easier to find – and more compelling to see – things that don’t? How would one put on a play that challenged liberal democratic ideas in a world where such ideas are not simply unfashionable, but unconscionable? How do we depict and explore ideas that revolt us? And should we even try?

Over the next few weeks I will be asking a number of people to share their own thoughts on how theatre covers formal politics and how the two worlds interact. I am doing so at the same time as working on my second play – Triggered – which is about a local Labour party and their relationship with their MP. In trying to straddle the worlds of writing and criticism, I have learned so much about how much I can and should take licence with reality in the service of drama. But I strongly suspect there will be audience members out there who will find themselves jarred from the action over my deliberate choice either to make a politically disagreeable person sympathetic, or (and particularly in the case of many of my Labour friends) to change a rule willy-nilly if it suits my purposes.

In doing so, I apologise to all the dramatists who I have judged overly harshly for doing the same!

What are your experiences with political theatre? Is this an area you find informative and entertaining or do you prefer the two worlds to stay separate?

If you're working on any such projects at the minute we'd love to hear from you. Just contact us on team@mobiusindustries.com