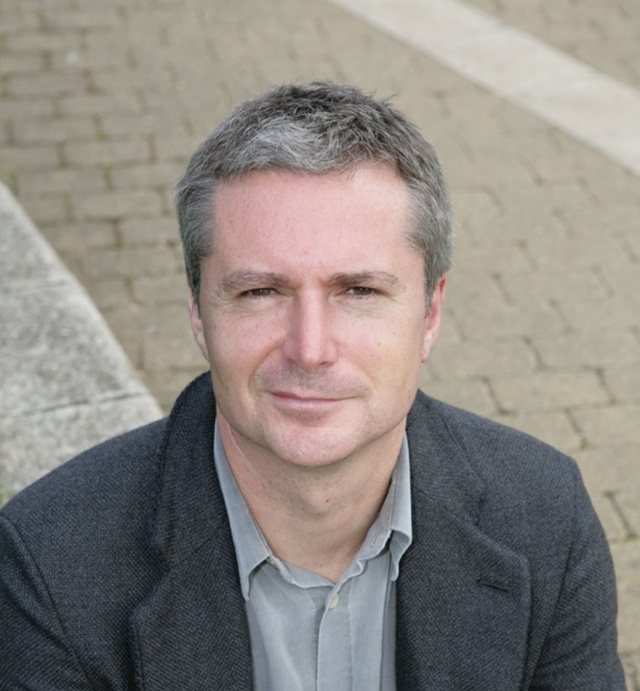 Steven Fielding is Professor of Political History at Nottingham University and Author of A State of Play: British politics on screen, stage and page. Here he looks at the career of David Hare, Britain’s most prominent ‘political’ playwright. Since the 1970s he has examined the machinations of most of the country’s major institutions, especially those of the Labour party to which he has repeatedly returned to express his disappointment in what he clearly sees as its many limitations.

This piece is commissioned by Emma Burnell in her role as Guest Editor for the Mobius blog. You can read Emma's introduction post here and James Harris' guest post here

Hare was one of that generation of post-war radical playwrights who criticised the settlement fashioned by the 1945 Labour government within which they had been raised. One of his first plays, Brassneck (1973), which he wrote with Howard Brenton was very much influenced by the New Left thinking of the time. This play depicted local Labour politicians as bereft of principle and corrupted by property developers, effectively arguing that Attlee’s ostensibly social democratic reforms of 1945-51 served the interests of capitalism not the working class.

Brassneck also adopted an uncompromising Brechtian approach to such an extent when broadcast on television many BBC1 viewers were completely confused by it. Subsequently, Hare approached his drama via realism, especially after becoming a National Theatre stalwart in the late 1970s. This work was often based on close observation of the reality of politics and sometimes assumed a semi-documentary form, as in his dramas about: the privatization of the railways in The Permanent Way (2003); the Iraq invasion in Stuff Happens (2006); and the international financial crisis in The Power of Yes (2009).

During Hare’s career British politics was transformed, with Labour’s post-war settlement being destroyed by Thatcherism, but his own political perspective remained largely intact. Indeed, as Labour struggled to come to terms with its electoral crisis that followed the 1970s his disappointment in Labour as a vehicle for radical change only increased. This was given vent in many of his later works both on the stage and television which castigated New Labour and Tony Blair in particular, most especially Gethsemane (2008). Even so, like many on the left, he continued to see the party as the potential vehicle for his kind of politics. But how realistic is his understanding of the party and its dilemmas?

To answer that question directly it is best to look at Hare’s most insightful Labour play: Absence of War (1993). This was based on unrivalled access to high level meetings held during the 1992 election, access granted by Labour leader Neil Kinnock, an inveterate theatre goer. Labour lost this election, it’s fourth defeat in a row, but one many thought it should have won, fought as it was in the midst of economic troubles instigated by the Conservative government. Some blamed defeat on Kinnock’s own shortcomings. Others – notably those who would create New Labour – believed the party had not moved enough from the far-left positions outlined in its 1983 manifesto, largely authored by supporters of Tony Benn. This meant working class voters in the south and midlands, many of whom were enjoying rising living standards under the Conservatives, saw Labour as a threat. But those on the left believed Labour lost because it had abandoned Bennism, and that the pale version of Thatcherism it offered the country failed to inspire the electorate.

Hare had much sympathy with that latter view. The play has its protagonist George Jones – who like Kinnock was a man elected Labour leader while being a man of the left - fight a losing election campaign. The reason Hare offers is that Jones has lost his radical self. He has been convinced by his own advisors to avoid talking about the socialism that inspired him in his youth for fear of putting off voters. This was very close to what some commentators said of Kinnock too. Yet, through Jones, Hare was also personalising Labour’s inherent and historical dilemma, at least as envisioned by many on the left: should it be true to itself, to its socialism, and convince voters of its merits, or compromise with the electorate as they are, and water down its true beliefs?

The implication of Hare’s play is obvious: Jones’ compromises lead to defeat. Indeed, when Jones believes defeat is almost inevitable and decides to throw caution to the wind and return to his socialist rhetoric, he finds he has nothing to say, that he has lost himself. It is no wonder Kinnock did not enjoy watching Absence of War.

The play contains a lot of accurate surface detail about the Leader’s Office, the nature of spin doctors and advisors and insights into the ridiculous intensity that leading politicians have to endure. Certainly, when it was first staged many critics saw it almost as a work of journalism. The account of Labour outlined was much more nuanced and humanised from the almost abstract version evident in Brasssneck. But if he had long ago embraced realism, how realistic one might regard his account will likely depend on how far one accepts Hare’s critique of Kinnock’s shift to the middle ground. It was clearly not one accepted by Blair though Jeremy Corbyn would likely have approved of it.